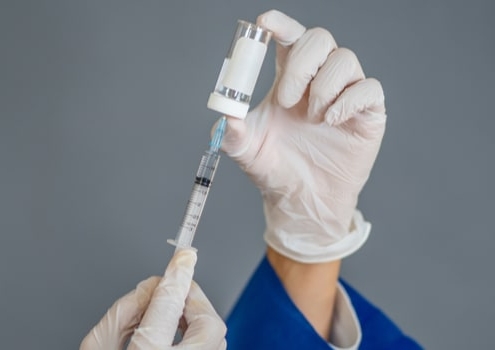 As of June 29, there were 13 vaccines against COVID-19 in human clinical trials. According to the World Health Organization, as of June 22, there were more than 140 vaccines in development. The furthest ahead are Moderna’s mRNA-1273, the University of Oxford and AstraZeneca’s ChAdOx1 nCoV-19, Sinovac Biotech’s CoronaVac, and Pfizer and BioNTech’s BNT162-01.

Sinovac reported positive early data from a Phase I/II clinical trial of CoronaVac on June 15, showing favorable immunogenicity and safety. Pfizer and BioNTech reported early positive data of BNT162 on July1; AstraZeneca and the University of Oxford’s AZD1222 entered Phase II/III clinical trials in late-May; and Moderna, despite some changes in its clinical trial protocols, is planning to begin a 30,000-patient Phase III trial of mRNA-1273 this month.

But one thing they are all finding is they’re competing for healthy volunteers to take part in their trials. According to a Wall Street Journal article, sponsor companies are “taking unusual steps, such as recruiting at pharmacies, enlisting churches in searches for subjects and even requesting employees and families to ask around. Researchers are also rolling out algorithms to target recruitment in places at risk of getting hit with the virus.”

“We not only have to find the number of volunteers, but they need to be in an area where the virus is currently spreading, otherwise you learn nothing about the effectiveness of the vaccine,” said Francis Collins, director of the U.S. National Institutes of Health. “It is a big task, and it means pulling together all of the clinical trial capacity that we can.”

Under normal circumstances, drug companies recruit patient to clinical trials through advertising, on social media, and via doctors when patients visit. Typically, clinical trials, whether from cancer or even normal vaccines, are conducted at a relatively leisurely pace, with personnel and financial resources carefully monitored to control costs and carefully study data and make regulatory filings. The emergency nature of the COVID-19 pandemic has placed a far greater sense of urgency on the entire process, as well as dramatically increasing both the personnel and financial resources available.

Some have argued that this speeding of the vaccine process is risky, with skeptics expressing concern that it is shortcutting the process, which may make the vaccines more dangerous or less effective.

In a recent interview, Collins dismissed those worries, noting that the shortcuts are all in what were normally lag periods, waiting for the regulatory process and manufacturing process. “That takes you a long time to set up,” he noted. “After the trial is run, there then has to be a regulatory decision, which often takes several months. You can see why it can add up to five years—all those steps that are not really part of determining whether it worked, and the mechanics are being shortened up here in a very substantial way.”

Regulators are working closely with the companies involved in the trials and the companies are typically already scaling up manufacturing of the vaccines at cost so if testing shows the vaccines are safe and effective, distribution and dosing can begin immediately.

But actually recruiting patients, particularly with a need to have volunteers in areas where the virus is most prevalent, creates its own bottlenecks.

“It really is a major project beyond the scope of anything I’ve done before,” said Mark Mulligan, director of the Vaccine Center at NYU Langone Health, which is involved in several late-stage trials.

Another company planning a large trial in the US is Johnson & Johnson. They are lagging behind the others somewhat but have plans to launch large trials of its COVID-19 vaccine in September. Today J&J announced it had entered a five-year manufacturing services deal with Emergent BioSolutions to manufacture the vaccine, which was an extension of an April deal to manufacture more than one billion doses.

PRA Health Sciences helps recruit patients. To do so for this, it is working with busy COVID-19 testing sites, public health departments, testing labs and pharmacies, to identify potential healthy volunteers. Cincinnati Children’s Hospital Medical Center, who is involved in the University of Oxford vaccine trial, is contacting people from non-COVID-19 clinical trials, emailing the hospital’s 16,000 employees, and asking them to reach out to friends and families. They were also involved with the Pfizer early-stage vaccine trial and are following up with the 7,000 people who had been contacted for that study.

“We’re kind of pulling out all the stops,” said Robert Frenck, professor of pediatrics at the hospital. “I want to make it so that if people want to have the opportunity to participate, they can.”

Another factor making it difficult is simply demographics. In addition to hitting a specific number of patients, they’re attempting to include people from a broad age range and ethnicity.

Benchmark Research, in Austin, Texas, is helping to run a study for Moderna, and is recruiting volunteers for the Phase III trials. To do so, Benchmark is contacting schools, meatpacking plants, and other locations where the virus could easily spread. They are also considering setting up vaccine-trial clinics at the sites, which is unusual.

Where COVID-19 is spreading fastest in U.S.
Scroll to top