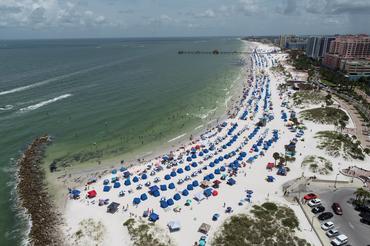 Where COVID-19 is spreading fastest as U.S. cases rise 27% in past week

(Reuters) – The United States saw a 27% increase in new cases of COVID-19 in the week ended July 5 compared to the previous seven days, with 24 states reporting positivity test rates above the level that the World Health Organization has flagged as concerning.

Nationally, 7.5% of diagnostic tests came back positive last week, up from 7% the prior week and 5% two weeks ago, according to a Reuters analysis of data from The COVID Tracking Project, a volunteer-run effort to track the outbreak.

The WHO considers a positivity rate above 5% to be a cause for concern because it suggests there are more cases in the community that have not yet been uncovered.

Graphic: Where coronavirus cases are rising in the United States – here

Deaths, which health experts say are a lagging indicator, continued to fall nationally to 3,447 people in the week ended July 5. A handful of states, however, have reported increases in deaths for at least two straight weeks, including Alabama, Florida, South Carolina, Texas and Tennessee.

Many states have temporarily halted the reopening of their economies or ordered some businesses to close. California, Kansas, Oregon and West Virginia have become the latest to mandate wearing masks in public, but at least 30 states, including Florida, have no statewide mandate. 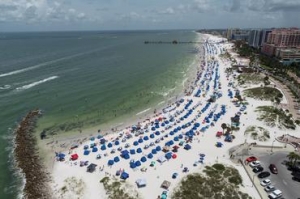 Cases continue to decline in the Northeast on a weekly basis, but some Midwest states are seeing increases again, including Illinois, Michigan, Ohio and Wisconsin.

New Hampshire, where President Donald Trump plans an outdoor rally on Saturday, posted a near 30% drop in new infections to 140 last week, the biggest percentage drop in the nation, according to the analysis.

U.S. EPA approves use of Lysol Disinfectant Spray against COVID-19
Scroll to top