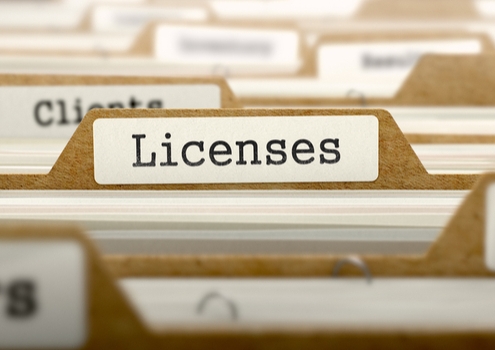 Brussels, Belgium-based UCB entered into a global licensing deal with Roche and Genentech to develop and commercialize UCB0107 in Alzheimer’s disease. The drug is an investigational monoclonal antibody being developed for tauopathies like progressive supranuclear palsy (PSP) and Alzheimer’s disease.

Tau tangles are one of two abnormal molecules associated with Alzheimer’s disease, with the other being beta-amyloid. Generally, although not exclusively, beta-amyloid appears earlier in the disease and tau appears later.

Under the terms of the deal, Roche and Genentech licensed UCB0107 in Alzheimer’s disease. They are paying UCB $120 million up front with various cost reimbursement, development and sales milestones that could hit $2 billion, as well as royalties if the drug makes it to the market. UCB will pay for and run a proof-of-concept study in Alzheimer’s. Once that data is available, Genentech has the option to take over development or return full rights back to UCB.

“We are excited that Roche and Genentech, with their deep and wide-ranging expertise, capacity and know-how in Alzheimer’s disease, will collaborate with UCB on UCB0107 with a shared ambition to offer people living with Alzheimer’s disease a new treatment option,” said Charl van Zyl, executive vice president of UCB and Head of Neurology.

Van Zyl went on to say, “Our science-driven, patient-centric development approach, and leading experience in neurological diseases provides a uniquely holistic view towards the unmet needs and the potential for an effective anti-Tau antibody in the treatment of neurodegenerative diseases like Alzheimer’s disease and progressive supranuclear palsy. In-line with our ongoing and longstanding commitment to the neurodegeneration community, this partnership represents an important step in the potential development of this exciting new medicine.”

On September 25, 2019, UCB presented new data from a Phase I trial at the 2019 International Congress of Parkinson’s Disease and Movement Disorders in Nice, France, suggesting that UCB0107 was well tolerated with an acceptable safety profile. The trial was in healthy patients. The primary endpoint was incidence of adverse events, as well as other safety data, such as neurological examination, MRI, ECG, clinical chemistry, hematology, coagulation, urinalysis and vital signs. Secondary endpoints included measurements of serum and cerebrospinal pharmacokinetic parameters.

The study evaluated 52 healthy male adults. All participants completed the study. The most common treatment-emergent adverse events in the UCB0107 group and placebo groups was headache, with 15.8% and 35.7, respectively. It’s worth emphasizing that more than double the people receiving the placebo than the drug reported headaches. There was one severe leg varicose ulceration in a patient with a history of varicose veins and varicose-vein stripping. Otherwise no serious or drug-related adverse events were reported.

Of today’s deal, James Sabry, Global Head of Roche Pharma Partnering, stated, “In Alzheimer’s disease, we are continuing to explore new molecules that address the key pathways of this complex disease. We are pleased to embark on this journey together with UCB to help expand our efforts on tau. Our commitment remains strong on exploring multiple approaches with the hope that our research and development, including this collaboration with UCB, will lead to a disease-modifying medicine that could positively impact millions of people with Alzheimer’s disease.”

UCB is retaining the rights to develop UCB0107 in PSP and has plans for a confirmatory Phase III trial expected to launch in the second quarter of 2021.