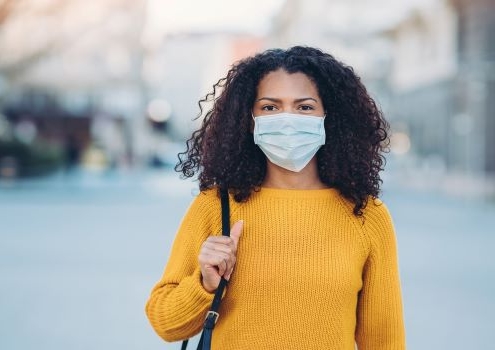 Researchers from the Karolinska Institute in Sweden and University Children’s Hospital, Ruhr-University-Bochum, Germany, studied the impact of COVID-19 infections on lung function. One study found that asthma patients did not demonstrate a statistically significant deterioration in lung function. There was, however, a trend toward slightly lower expiration levels – the amount of air they could forcibly exhale in one second (forced expiratory air volume, FEV). A second study suggested that children and adolescents who had COVID-19 infections, at least non-severe infections, had unimpaired lung function after recovery. The results of the studies were presented at the virtual European Respiratory Society International Congress.

“The COVID-19 pandemic has raised questions about if and how the lung is affected after the clearance of the coronavirus infection, especially in young people from the general population with less severe disease,” said Ida Mogensen, a post-doctoral fellow at Karolinska, who led the research. “Until now, this has not been known.”

In 661 study participants, 178 had antibodies against the COVID-19 virus. The research team evaluated FEV1, forced vital capacity (FVC), and FEV1/FVC ratio, which indicates narrowed airways. They then calculated changes in lung function before and during the pandemic and comparing the percentage change with participants who had not been infected.

“Our analysis showed similar lung function irrespective of COVID-19 history,” Mogensen said. “When we included 123 participants with asthma in the analysis, the 24% who had had COVID-19 tended towards having a slightly lower lung function, but this was not statistically significant.”

The second study, out of Germany, studied 73 children and adolescents between the age of five and 18 years who had COVID-19 between August 2020 and March 21. They carried out lung function exams between two weeks and six months after infection and compared the data with a control group of 45 children who had not been infected but may have had other infections.

“When we compared the COVID-19 patients with the control group, we found no statistically significant differences in the frequency of abnormal lung function,” said Anne Schlegtendal, a specialist in pediatric and adolescent medicine and pediatric pulmonology at University Children’s Hospital in Germany. “They occurred in 16% of the COVID-19 group and 28% of the control group. However, further analysis revealed a reduction in the volume of air in the lungs that can be exhaled after a deep breath — forced vital capacity — in patients who had suffered a severe infection, whether COVID-19 or some other infection.”

A study published in Emerging Infectious Disease found that 36% of people who were diagnosed with COVID-19 did not have antibodies in their blood against the virus. The research was conducted by a research team at the University of Pennsylvania. They examined blood samples from 72 people who had tested positive for COVID-19. All except two of the patients had symptoms, with 13 displaying mild disease, 48 moderate disease, and nine severe disease. They tested their blood at least three weeks after their symptoms ended.

They found that 46 of the 72 patients had detectable antibodies against the COVID-19 virus spike protein in their blood. The number of antibodies ranged from 182 to more than 312,500. They also ran tests for antibodies against other partis of the virus, including the receptor-binding domain (RBD) and nucleocapsid (N). The overall results were 36% were seronegative, with no detectable levels of antibodies in their blood. The group that did not develop antibodies were on average 10 years younger than people who did.

Investigators from Kaunas University of Technology in Lithuania developed a deep learning-based approach that can predict the potential onset of Alzheimer’s disease with an accuracy greater than 99%. It was developed while analyzing functional MRI images from 138 patients. Previous research suggested that functional MRI (fMRI) could identify regions in the brain associated with the onset of Alzheimer’s, but the earliest stages of the disease, mild cognitive impairment (MCI), typically don’t show clear symptoms. The researchers note that machine learning allowed for repetition of the analysis of very tedious data, but that medical professionals should never rely 100% on that kind of algorithmic diagnosis. They did point out that this was not the first attempt to diagnose early onset Alzheimer’s from similar data, but that their real breakthrough was the accuracy of the algorithm. They believe that in a real-world performance it would not be as accurate, but they are working with healthcare institutions on getting more data.

Investigators with the National Institutes of Health (NIH)’s National Cancer Institute (NCI) conducted a genomic analysis of lung cancer in people with no history of smoking. They found that most of these tumors came about from an accumulation of mutations as part of natural body processes. They identified three major molecular subtypes of lung cancer in never-smokers with lung cancer. They conducted whole-genome sequencing in tumor tissue and matched normal tissue from 232 never-smokers, most of European descent, who had been diagnosed with non-small cell lung cancer. They included 189 adenocarcinomas, 36 carcinoids, and seven tumors from various other cancers. They did not find mutational signatures previously linked to direct exposure to tobacco smoking. And in the 62 patients who had been exposed to secondhand smoking, they didn’t find those signatures either. The three novel subtypes were assigned musical names based on the level of “noise,” or genomic changes. The “piano” subtype had the fewest mutations and seemed to be linked to activation of progenitor cells which are involved in new cell creation. This subtype grows very slowly. The “mezzo-piano” subtype had chromosomal changes and mutations in the growth factor receptor gene EGFR, which is commonly changed in lung cancer. These typically have faster tumor growth. The “forte” subtype showed whole-genome doubling, which is common in lung cancers in smokers and grows quickly. 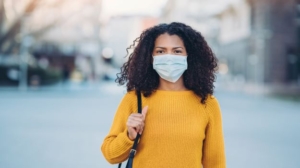 Researchers with the Institute for Systems Biology at the Fred Hutchinson Cancer Research Center identified metabolic changes in the blood of patients with severe COVID-19 that could predict survival. They examined blood samples from almost 200 COVID-19 patients and analyzed their plasma and single immune cells. The analysis involved, among several things, studying 1,387 genes linked to metabolic pathways and 1,050 plasma metabolites. They found that increased COVID-19 severity was linked to metabolic changes that suggested increased immune-related activity. And via single-cell sequencing, identified that each major immune cell type had a distinct metabolic signature.

“This work provides significant insights for developing more effective treatments against COVID-19,” said Jim Heath, President and Professor of ISB and co-corresponding author of the study. “It also represents a major technological hurdle. Many of the data sets that are collected from these patients tend to measure very different aspects of the disease and are analyzed in isolation. Of course, one would like these different views to contribute to an overall picture of the patient. The approach described here allows for the sum of the different data sets to be much greater than the parts and provides for a much richer interpretation of the disease.”