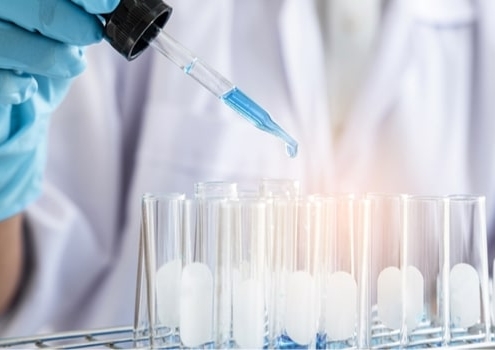 The United States continues to headline an annual list of influential science researchers, but that lead is dipping as other global scientists gain recognition from their peers for the work they are conducting.

This morning, Clarivate Plc released its list of Highly Cited Researchers 2020 that identifies researchers who “demonstrated significant influence in their chosen field or fields through the publication of multiple highly cited papers during the last decade.” Their names are drawn from the publications that rank in the top 1% by citations for field and publication year in the Web of Science citation index, according to Clarivate. The full report, including the names and rank of the researchers can be downloaded from the Clarivate website.

The United States tops the field with 2,650 authors, representing 41.5% of the list. The role of the U.S. has slipped since Clarivate last compiled its list in 2019. In the previous list, the United States claimed a 44% share of the role.

In the United States, the 2020 list shows that Harvard University is home to 188 researchers and is the institution with the highest concentration of highly cited researchers in the world. Neighboring Broad Institute and Massachusetts Institute of Technology also rank high on the list with 61 and 53 highly respected researchers, respectively.

The U.S. dip this year was due to a surge in the number of recognized researchers from China. That country is home to 770 highly cited researchers, a 12.1% share of the list. Those numbers are up from 636 or 10.2% in 2019. Clarivate said China’s rank was boosted by the ongoing work performed at Tsinghua University in Beijing, as well as Peking and Zhejiang Universities.

Europe also has its fair share of good news. There are 514 recognized researchers in the United Kingdom, followed by 345 in Germany, 181 in the Netherlands, 160 in France, 154 in Switzerland and 103 in Spain. The numbers of highly cited researchers based in Germany and the Netherlands have risen this year after taking a dip in 2019. The Max Planck Society in Germany remains at number 5 on the list of institutions whilst Utrecht University (27 researchers) and Wageningen University & Research (24 researchers) in the Netherlands both moved up to the top tier of universities listed. The Swiss Institute of Bioinformatics was also well-recognized, Clarivate said.

Joel Haspel, head of Strategy and Science at Clarivate, said the analysis shows the U.S. and China are driving the primary contribution to global scientific papers and advancements in the field.

“The USA remains the scientific powerhouse of the world. China’s progressive stance towards research and development over the past two decades has delivered highly cited, high-impact papers, increased international collaboration and translated its research into valuable intellectual property and innovation,” Haspel said in a statement.