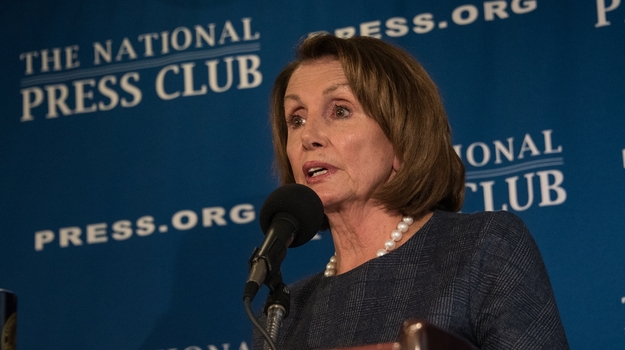 As Nancy Pelosi’s drug pricing reform bill winds its way through the House toward an expected full vote in coming days, life sciences organizations are marshalling their forces in opposition to what they see as innovation-killing legislation.

On Tuesday, a letter signed by 44 different trade associations representing the life science industry was sent to Congress urging lawmakers to oppose the Speaker’s bill, which ties the price of drugs covered by government-funded plans to an International Pricing Index. Representatives from California Life Sciences Associations, one of the signees of the letter, said the pricing proposal will “crush life-saving biomedical innovation for patients.”

The letter was sent to the leadership in the House and the Senate. In the letter, the life sciences representatives provide a number of reasons why the proposal, which is one that has also embraced by President Donald Trump, should be rejected. Of primary concern to the letter writers is a reduction of available revenue that can be returned to R&D. The letter writers take a similar tack to what Stephen Ubl, chief executive officer of the powerful industry lobbying group Pharmaceutical Research and Manufacturers of America (PhRMA) said regarding International price controls. Ubl said the bill would have devastating effects on the industry and the patients. He noted that the pricing plan would hinder future innovation due to the loss of revenue. That revenue, Ubl and other members of PhRMA argued, is returned to the company and used to support research & development on future drugs.

In August, Jim Greenwood, the retiring head of BIO (Biotechnology Innovation Organization), made similar comments during a crowd of stakeholders at the California Life Sciences Association’s “An Evening with Thought Leaders.”

Not only do the organizations say tying the prices to an international index will reduce the amount of R&D revenue, but the agencies also note that patient access will be hindered. According to the letter, the life science representatives said there is only an average delay of three months for new cancer drugs to hit the market in the United States after approval. In contrast, Japanese patients have access to 50% of new medicines and wait on average 23 months, while the waits are even longer in parts of Europe and Canada, the letter said.

“Should the U.S. implement foreign price controls, patient choice and access to the full range of life-saving therapies would undoubtedly be threatened,” the trade associations said.

Earlier this year, the U.S. Chamber of Commerce unveiled a study that also opposed the idea of tying drugs to the IPI. The study predicted dire consequences that could limit options for many patients, including cancer patients.

The letter also points out that those price controls will ultimately hurt state and local economies that have large life science presences. It would also be damaging to those small companies that have yet to generate revenue because they have yet to bring a product to market. Citing a report by IQVI, the letter writers said these companies account for more than 70% of late-stage R&D pipeline and were responsible for two-thirds of new drug patents in 2018.

“These mostly pre-revenue companies without a product on the market are the ones to be most affected by fluctuations in investment caused by the political and public policy environment,” the letter says. “If price controls as proposed are implemented it may reduce drug pricing in the short term, but it will certainly result in significantly reduced innovation and severely restricted access to life-saving medicines.”

Pelosi’s bill has passed three committees largely on partisan lines and stands a strong chance of being approved by the majority Democratic House of Representatives. Its chances in the Republican-controlled Senate are another matter.