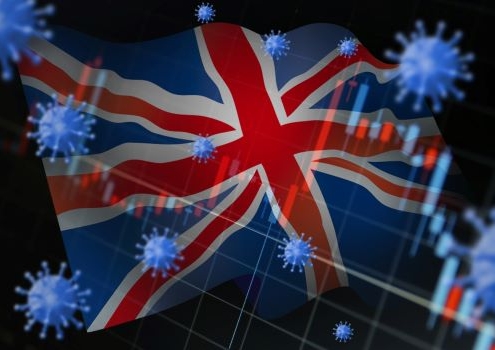 Public Health England (PHE) published real-world analyses of people in the U.K. who had received the first shot of the Pfizer-BioNTech COVID-19 vaccine. The data, which were published in The Lancet, showed that there was a decrease of about 70% in infections among healthcare workers after the first shot.

This is a similar study, in many ways, to what was recently announced by Israel’s Health Minister, which demonstrated that the Pfizer-BioNTech vaccine was 98.9% effective at preventing COVID-19 deaths, 99.2% effective in preventing serious disease, decreased morbidity by 95.8% and decreased the likelihood of hospitalization by 98.9%.

Unlike the U.K. study, the Israel study focused on both doses, whereas the Israeli study focused on the data after the first initial dose. The U.K. has extended the gap between the two doses to 12 weeks, although three weeks is the recommended span between the two shots. The goal in the U.K. is to get as many people as possible, especially those at high risk, vaccinated with at least partial immunity.

The PHE data indicated that a single dose decreases the overall risk of being infected by more than 70%, which increased to 85% after the second dose. It also showed that a single dose is 57% effective against symptomatic COVID-19 in people over the age of 80. The effect takes place about three to four weeks after the first dose. And early data hints the second dose in the over-80 age group improves protection against symptomatic disease by another 30%, to more than 85%. 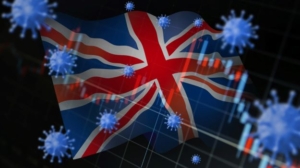 In the U.K., all hospitalizations and deaths from COVID-19 in all age groups is falling, but the oldest age groups have hospitalization and death rates that are dropping the fastest since the peak in mid-January. People who are over the age of 80 who developed COVID-19 infection after receiving the vaccine were about 40% less likely to end up in the hospital than someone who caught the disease and had not been vaccinated.

The protection levels were also seen with the B.1.1.7 U.K. variant that first appeared in the U.K. in December 2020.

“This is strong evidence that the Pfizer-BioNTech vaccine is stopping people from getting infected, while also protecting cases against hospitalization and death,” said Mary Ramsay, Head of Immunisation at PHE. “We will see much more data over the coming weeks and months but we should be very encouraged by these initial findings. But protection is not complete, and we don’t yet know how much these vaccines will reduce the risk of you passing COVID-19 onto others. So even if you have been vaccinated, it is really important that you continue to act like you have the virus, practice good hand hygiene and stay at home.”

The PHE results were from two separate analyses. One is an ongoing study in healthcare staffers, dubbed the Siren Study. It evaluated healthcare workers under the age of 65. The second is an evaluation of testing data in the over-80 population, which analyzed routine testing data based on symptomatic COVID-19 in more than 12,000 people.

The PHE data was published just as preliminary data out of Scotland was announced yesterday, which also demonstrated that the country’s vaccination efforts are working, resulting in significant reductions in COVID-19 hospitalizations. In terms of the Scottish research, the findings suggested that both the Pfizer-BioNTech vaccine and the Oxford-AstraZeneca vaccine are very effective in preventing severe infections. EAVE II, conducted by investigators from the Universities of Edinburgh, Strathclyde, Aberdeen, Glasgow and St Andrew’s and Public Health Scotland (PHS), evaluated a dataset of most of the Scottish population of 5.4 million people.

In that study, among people 80 years or older, there was an 81% decrease in hospitalization risk in the fourth week, when data from both vaccines was combined.

“These results are very encouraging and have given us great reasons to be optimistic for the future,” said lead researcher Aziz Sheikh, director of the University of Edinburgh’s Usher Institute. “We now have national evidence—across an entire country—that vaccination provides protection against COVID-19 hospitalizations.”

The bottom line of all of these studies, so far, is that that the vaccines against COVID-19 appear to all be very effective at preventing hospitalizations and deaths, and quite effective at preventing symptomatic disease. It’s not yet completely clear if the vaccines will decrease or prevent the risk of infecting other people with COVID-19 if you are infected, with symptoms or without. Nor is it known how long the immunity lasts.