“Marissa and Rich have contributed significantly to AbelsonTaylor’s success through their proven leadership and consistently effective work,” Neale said. “Both are masters at communicating how diseases and medications can affect people’s lives, and both are committed to driving creative excellence across the entire agency. I’m excited to welcome them to the leadership table.”

Ori and How will lead creative teams across multiple assigned accounts, delivering innovative and effective client programs. They will also continue to play key roles in developing the skills and opportunities for AbelsonTaylor’s next generation of creative leaders to shine. 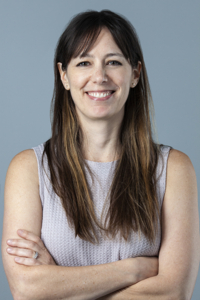 Ori, who combines a passion for science with a 20-year copywriting career, is an accomplished storyteller with a knack for reaching audiences on an emotional level. One of her proudest achievements at AbelsonTaylor is her work on Teva Oncology’s “In a Word” campaign, which powerfully showed that cancer patients should not be defined by their disease.

Revealing the people and relationships concealed within common words associated with cancer, e.g., the parent in “CheMOTHERapy” and sibling in “MetastaSIS,” the unbranded campaign successfully differentiated Teva Oncology, won numerous awards, and was inducted into the Medical Advertising Hall of Fame.

Ori joined AbelsonTaylor in 1999, shortly after earning a Bachelor of Science in biology from the University of Illinois at Urbana-Champaign. 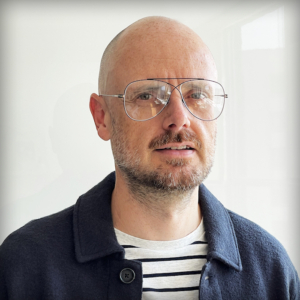 How, who joined AbelsonTaylor in 2011, began his art career in London working on major consumer brands like IBM, Land Rover and Nike. He is a creative leader who excels at campaign concepting, visual design, and the creation of user-centric interactive environments for leading global brands.

One of his proudest achievements at AbelsonTaylor was producing the “This is More Than Hope, This is Remission” patient campaign for Kite Pharma’s Yescarta. Directed to cancer patients who may have lost hope that any treatment can help them, the campaign reinterprets an image associated with sadness and despair – two people crying in an embrace – into an image of joy and hope – two people hugging and crying in reaction to great news – with the revelation that there is hope for remission.

How’s experience in healthcare spans a vast range of diseases, more than 20 therapeutic categories, and a large portfolio of successful campaigns. His awards and honors include MANNY, PM360, MM+M, Creativity International, Communicator, and Rx Club Awards.

How graduated with honors from the University of Westminster (formerly the Harrow School of Art) in London with a Bachelor of Arts in graphic information design.

A self-professed art and culture enthusiast who loves all things creative, How played a key role in concepting AbelsonTaylor’s recent rebranding (Return On Imagination) and created one of the vast murals adorning the walls of the agency’s new offices in Chicago’s landmark Old Post Office building.

AbelsonTaylor is a fiercely independent, full-service health and wellness advertising agency headquartered in Chicago. The company has been creating award-winning work that drives clients’ business success (Return On Imagination) for 40 years. To learn more, visit abelsontaylor.com and follow the company on Twitter, Facebook and LinkedIn.