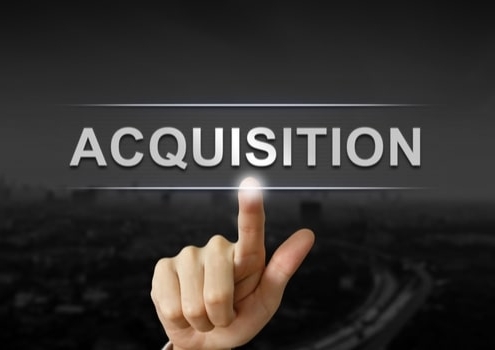 ACADIA Pharmaceuticals is adding a novel pain portfolio to its pipeline through the acquisition of Texas-based CerSci Therapeutics for $52.5 million.

The acquisition is expected to bolster ACADIA’s clinical pipeline to include non-opioid pain therapies that have potential non-addictive properties and reduced side effects typically seen with current opioid treatments. The lead molecule at the center of the acquisition, ACP-044, has shown promising efficacy and safety results in pre-clinical models evaluating incisional, inflammatory, and neuropathic pain in Phase I studies, the company said. CerSci has been developing ACP-044 for post-surgical pain and neuropathic pain, which is caused by damage or disease affecting the nervous system. ACP-044 is a unique Reactive Species Decomposition Accelerant (RSDAx), a first-in-class mechanism focused on interrupting pathways that sensitize neurons to pain. The novel RSDAx mechanism of action is thought to interfere with multiple pain pathways treating pain simultaneously. ACADIA plans to initiate a Phase II clinical study in the first half of 2021.

ACADIA Chief Executive Officer Steve Davis said there is an urgent need for new therapeutic treatments for pain that do not have the risk of addiction like opioids have. He said the potential clinical utility of CerSci’s program across multiple pain modalities is exciting, due to its novel non-opioid mechanism of action. Davis added that the acquisition of the CerSci pipeline strengthens its position in treating central nervous system disorders.

“For too long, the options for patients with acute and chronic pain have been very limited,” said Lucas Rodriguez, CEO and co-founder of CerSci said in a statement. “I am highly confident that ACADIA, with its proven development and commercialization capabilities, can advance CerSci’s program and ultimately deliver a new generation of medicines to treat acute post-operative as well as chronic pain conditions.”

Under terms of the agreement, ACADIA acquired all of the outstanding shares of CerSci for $52.5 million, mostly in a stock-for-stock swap. CerSci shareholders may also receive up to $887 million in development, commercialization, and sales milestones in addition to tiered royalties in the mid-single digits based on annual net sales.

For ACADIA, the addition of the non-opioid pipeline could provide a new revenue source for the company. Currently, ACADIA’s only marketed asset is Nuplazid, a selective serotonin inverse agonist and antagonist preferentially targeting 5-HT2A receptors. Nuplazid is approved to treat psychosis related to Parkinson’s disease but it has stumbled in other clinical trials. Most recently, the drug showed mixed results as an adjunctive treatment for major depressive disorder. In July 2019, Nuplazid failed to hit statistical significance in a Phase III schizophrenia trial.