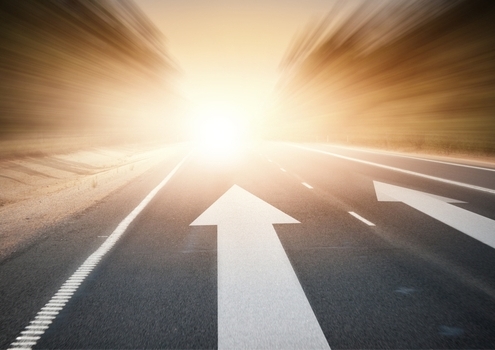 Active Biotech Pivots Away from MS and Huntington’s Disease, Goes in New Direction

Active Biotech, based in Lund, Sweden, announced that its board of directors had approved the company’s new direction. The focus is on the company’s wholly-owned lead assets, laquinimod and tasquinimod.

In September 2018, Active regained the global development and commercialization rights to laquinimod from Israel-based Teva Pharmaceutical Industries. Teva indicated it didn’t plan to continue clinical development, which it had been running since 2004. All rights, including data created in the preclinical and clinical programs, was returned to Active.

Laquinimod is an oral small molecule developed primarily for neurodegenerative diseases like multiple sclerosis (MS) and Huntington’s disease (HD). It was in three completed Phase III trials in relapsing remitting MS (RRMS) and a single Phase II trial in Huntington’s. The drug showed a consistent effect on endpoints and MRI parameters in RRMS as well as a “pronounced effect on brain atrophy” in both RRMS and HD. However, on July 31, 2018, the drug failed the Phase II LEGATO-HD clinical trial in HD. And in December 2017, its Phase II proof-of-concept study in Primary Progressive MS did not meet the primary endpoint.

As part of today’s announcement, Active indicated they would discontinue work on MS or Huntington’s disease for laquinimod or solid tumors for tasquinimod. It is also halting its paquinimod and single-incision laparoscopic cholecystectomy (SILC) or gallbladder diseases work.

In hopes of keeping the laquinimod program alive, the company will advance it as an immunomodulatory product as a topical agent in inflammatory eye diseases and as an oral therapy for Crohn’s disease.

The company’s naptumomab is currently partnered with NeoTX and is in a Phase Ib/II trial for advanced solid tumors. The companies announced on October 28, 20-19, that they had dosed the first patient in its Phase Ib trial of naptumomab estefenatox in combination with AstraZeneca’s checkpoint inhibitor Imfinzi (durvalumab) for advanced or metastatic solid tumors. Its focus is to determine the maximum tolerated dose in the dose-escalation Phase Ib portion before advancing to a Phase II expansion study.

“The dosing of the first patient in this Phase Ib study marks a significant step in our collaboration with NeoTX,” said Helen Tuvesson, Active’s chief executive officer, at the time. “The study is supported by preclinical data demonstrating broad potential of the combination naptumomab and checkpoint inhibitors in treating advanced cancer as well as the good safety profile of naptumumab demonstrated in previous clinical studies.”

“The extensive scientific profiling, and prior investments into large clinical programs for laquinimod and tasquinimod, now enables a faster and more focused development of these projects for different clinical applications,” said Michael Shalmi, chairman of Active’s board. “We have leveraged this substantial evidence base in a structured manner to support setting our portfolio priorities and look forward to executing on these new directions.”

The company also noted that as of the end-of-the-year 2019, it believed it had enough cash to finance activities through 2021.

The company spent a lot of time and money trying to develop laquinomod for neurodegeneration, but results from a Phase IIa trial published in 2014 showed more promise in Crohn’s disease. They have also been studying the drug for the last year in wet age-related macular degeneration (wet AMD) and uveitis. However, they have abandoned any work on Huntington’s and MS.

Democratic Lawmakers Chant in Support of Drug Pricing Bill During State of the...
Scroll to top