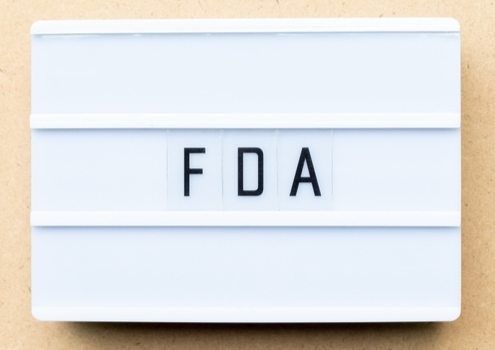 Today, Alkermes announced that it has received a Complete Response Letter (CRL) from the U.S. Food and Drug Administration (FDA) in regards to its product, ALKS 3831 (olanzapine/samidorphan), for the treatment of adults with schizophrenia and bipolar 1 disorder.

The FDA stated that in order for ALKS 3831 to be approved, there must be resolution of certain conditions related to the tablet coating process at Alkermes’ facility in Wilmington, Ohio. The CRL did not mention any concerns surrounding the clinical or non-clinical data in the New Drug Application (NDA) for ALKS 3831, and the FDA has not asked Alkermes to complete any new trials.

“We will continue to work closely with the Agency in an expeditious manner to support approval of ALKS 3831 for the treatment of schizophrenia and bipolar I disorder and believe we have a clear path to resolution. Importantly, there were no clinical issues identified in the CRL pertaining to ALKS 3831’s efficacy or safety, and no new studies were requested for approval of the application,” said Craig Hopkinson, M.D., Chief Medical Officer and Executive Vice President of Research & Development at Alkermes.

The FDA conducted a remote review of records under section 704(a)(4) of the Federal Food, Drug, and Cosmetic Act to draw its conclusions for the CRL. The observations that were noted in the CRL were specific to certain development batches of ALKS 3831. Alkermes believes the issue has since been resolved.

ALKS 3831 is an investigational, novel, once-daily, oral atypical antipsychotic drug candidate. It is composed of samidorphan, a new molecular entity, as well as olanzapine, an established antipsychotic agent.

However, Alkermes is not the only company to receive a CRL from the FDA as of late. Adamis Pharmaceuticals Corporation announced on Nov. 16 that following the close of business and the U.S. markets on Nov. 13, it received a CRL from the FDA regarding its NDA for ZIMHI, the high dose naloxone injection product for the treatment of opioid overdose.

The CRL stated that the FDA could not approve the NDA in its current state and provided recommendations for resubmission. The questions that were raised by the FDA generally applied to Chemistry, Manufacturing and Controls (CMC) issues. There were no problems related to “extractables and leechables testing,” which were associated with the previous initial CRL the company received relating to the product.

Adamis intends to provide the FDA with additional analysis and information in the future, per recommendation of the CRL. In addition, it will request a Type A meeting or consider additional options to resolve the problems presented by the FDA.

“This is a very disappointing setback that was totally unexpected since we completed the extractables and leechables issues that were associated with the first CRL,” said Dr. Dennis J. Carlo, President and CEO of Adamis. “To me, it is very surprising to have new issues brought up this late in the review process. We believe the comments and recommendations stated in the CRL can be addressed and overcome.”