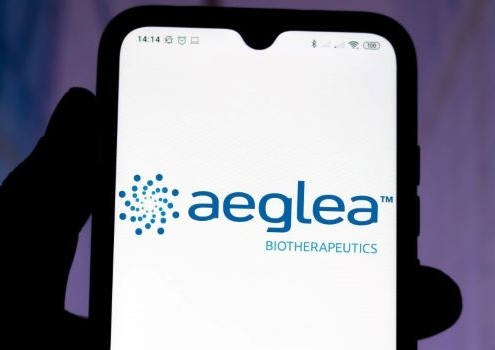 Austin, Texas-based Aeglea Biotherapeutics reported what initially appears to be positive outcomes for its Phase III PEACE trial of pegzilarginase in Arginase 1 Deficiency (ARG1-D). ARG1-D is a rare, progressive, and debilitating disease marked by high levels of the amino acid arginine. Symptoms include spasticity, developmental delay, intellectual disability, and seizures. There are currently no treatments approved by the U.S. Food and Drug Administration (FDA) to treat elevated arginine, the key driver of the disease.

The good news is the trial hit the primary endpoint of a statistically significant drop in plasma arginine from baseline after 24 weeks of treatment. It also showed a “positive trend” in Gross Motor Function Measure Part E (GMFM-E), which is a key clinical assessment of the patients’ physical abilities, such as the ability to walk, run, and jump.

So far so good. And the company indicates that based on the data, it plans to submit a Biologics License Application (BLA) to the FDA in the first half of 2022. Working with partner Immedica Pharma, it expects to submit marketing authorization applications in Europe and some countries in the Middle East.

The more complicated interpretation is the “positive trend” in GMFM-E. This evaluates mobility based on 24 tasks such as walking forward and backward, running, jumping, and walking up or down the stairs, as well as a 2-minute walk test (2MWT). The drop in plasma arginine was 80% and was observed in 90.5% of patients receiving pegzilarginase.

The question is whether that decrease in a biomarker translates to clinical benefit, which is where the questions over the GMFM-E score and 2MWT come in. The company notes “the least squares mean GMFM-E score improved by 4.2 units for pegzilarginase treated patients and worsened by 0.4 units in the placebo arm.”

Although they showed positive trends in the GMFM-E and the 2MWT, they didn’t pass statistical significance. Although the drug dazzled in the biomarker data, it only hinted at benefits on clinical measurements.

In a call with analysts, the company’s chief development officer Eric Brandford, M.D., noted, “We are disappointed this isn’t a statistically significant result. It highlights the challenge of designing a study where there’s no clinical precedent.”

Despite that, Aeglea believes it has enough data and shows enough benefit —especially in a disease with no other real treatment options—to submit to regulators. 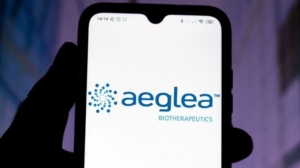 Some optimism appears related to a Long-Term Extension (LTE) part of the PEACE trial. All 31 patients who completed the 24-week double-blind period continued into the LTE portion. Also, 13 of the 14 patients in the ongoing Phase I/II Open-Label Extension (OLE) trial have received pegzilarginase for two to four years. And earlier 56-week data from the Phase I/II OLE study supports the long-term clinical benefit of the drug. They believe the overall data support long-term clinical benefit for this indication.

Anthony G. Quinn, M.D., Ph.D., president and chief executive officer of Aeglea, stated, “I would like to thank the patients and their caregivers, investigators and staff, and our employees for their contributions to the study. The dramatic reduction in plasma arginine levels and the positive trend in GMFM-E are very encouraging and represent an important step in our mission to bring a transformative therapy to this underserved patient community. We believe that today’s announcement demonstrates validation of our scientific platform, overall pipeline and potential to address other rare metabolic diseases.”

That may be, but investors didn’t share the optimism, with shares plunging almost 30% in premarket trading.