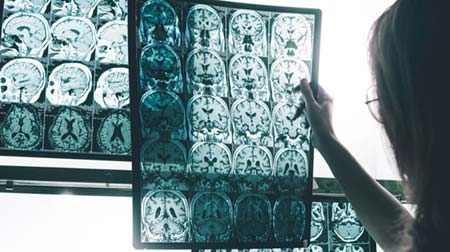 Denali Therapeutics and its development partner Sanofi announced data from its Phase Ib trial of DNL747 in Alzheimer’s disease and amyotrophic lateral sclerosis (ALS). After apparent disappointing results, the companies have chosen to pause the studies with the drug and shift their resources to a similar drug, DNL788, for the same indications. Denali shares dropped almost 7% to $23.95 in late market trading after announcing the decision.

DNL747 is a small molecule RIPK1 inhibitor. RIPK1, a receptor-interacting serine/threonine-protein kinase 1, plays an important role in the TNF receptor pathway, which regulates inflammation and cell death throughout the body.

In 31 patients in two 29-day Phase Ib studies in Alzheimer’s disease and ALS, and additional data from six ALS patients in an open label extension trial, they found that DNL747 was safe and well tolerated at the dose being evaluated. However, in parallel toxicity studies in monkeys, the drug showed dose- and duration-dependent adverse results at higher levels. The companies indicate the findings were off-target and molecule-specific, but nonetheless would make it difficult and potentially dangerous to increase the doses of the drug in humans to get better effects without additional clinical safety studies.

“Due to emerging evidence that higher levels of target inhibition may be required for maximizing efficacy, and challenges to achieving higher doses imposed by molecule-specific toxicity findings with DNL747, we are pausing additional studies with this molecule,” said Carole Ho, Denali’s chief medical officer. “However, I am encouraged by the emerging pathway biomarker data in Alzheimer’s disease and ALS patients, and our experience and learnings with DNL747 should allow us to progress quickly with clinical studies for DNL788. Importantly, DNL788 appears to have a superior preclinical therapeutic window compared to DNL747, facilitating development in multiple indications, including Alzheimer’s disease, ALS and multiple sclerosis.”

In the study, the drug showed target engagement of about 80% median inhibition of pRIPK1 in blood at the “trough drug concentration.” Sanofi is responsible for developing DNL758 and is planning clinical trials in multiple indications based on successful Phase I data.

Denali shares have climbed 56% this year to trade, as of yesterday, at $25.71 per share, a drop from a a52-week high of $30.41. Earlier this month, Andrew Fein, an analyst at HC Wainwright, repeated a “Buy” rating with a $28 price target, noting that the company’s blood brain pressure barrier (BBB) transport vehicle platform has broad future value for the company.

In 2018, Sanofi paid Denali $125 million upfront for a piece of the two RIPK1 inhibitors. Denali had acquired the RIK1 program in 2016 when it acquired Incro Pharmaceuticals, which came out of Harvard University. Milestones for the two drugs could exceed $1 billion, with Sanofi having picked up a 50% share of any profits or losses for DNL747 in the U.S. and China. Sanofi has full rights to the drug in other territories as well as a global license for DNL758.

Denali was paying to advance DNL747 in Alzheimer’s up to Phase III, at which point Sanofi would cover 70% of the costs. Today’s announcement indicates not only a shift in focus, but a shift in financing, because the original deal had Sanofi fully funding all development of DNL758.

At its first-quarter financial report on May 7, Denail reported a net loss of $56.8 million, with collaboration revenue of $3.6 million. Total R&D expenses were $51 million for the quarter, and general and administrative expenses were $12.6 million. The company had cash, cash equivalents, and marketable securities of $596.9 million as of March 31.