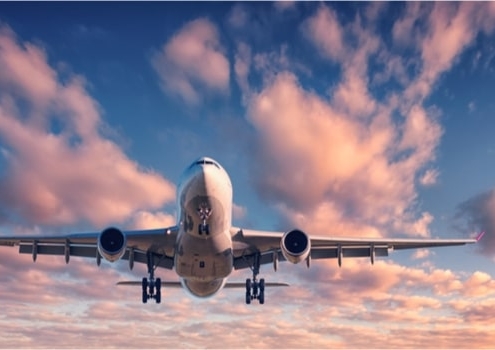 With both the Pfizer-BioNTech and Moderna’s COVID-19 vaccines at the U.S. Food and Drug Administration (FDA) for potential Emergency Use Authorization (EUA), airlines are preparing their cargo operations to ship the vaccines.

The Federal Aviation Administration (FAA) indicated that charter flights began flying Pfizer-BioNTech’s COVID-19 vaccine from Belgium to the U.S. on Friday, November 27, in the first “mass air shipment.” Under FDA regulations, the vaccines can’t be transported to actual administration sites until the FDA gives a thumbs-up, but the companies and distribution channels associated with the U.S. government’s Operation Warp Speed are getting their operations prepared for possible EUA as early as December 10 or 17.

Operation Warp Speed has indicated it plans to begin the first vaccine distribution within 24 hours of receiving authorization from the FDA. Pfizer has two vaccine factories for its COVID-19 vaccine, one in Kalamazoo, Michigan, the other in Puurs, Belgium. The U.S. Health and Human Services (HHS) confirmed yesterday that the shipments were coming from Belgium.

“Operation Warp Speed leaders are aware of and facilitating vaccine shipments coming to the U.S. from Belgium,” HHS stated. “In an effort to minimize the potential risk to delivery and distribution, we are unable to provide specific details regarding where vaccines are produced and stored.”

The Wall Street Journal reported Friday that United Airlines charter flights were prepared for quick distribution upon authorization by the FDA. Pfizer has a distribution site in Pleasant Prairie, Wisconsin. Other sites are expected to be put in place.

The FAA stated, “The FAA is ensuring around-the-clock air traffic services to keep air cargo moving and prioritizing flights carrying cargo, such as vaccines, and personnel critical to the nation’s response to and recovery from COVID-19.”

Because the Pfizer-BioNTech vaccine requires ultracold storage of about -94 degrees F, Pfizer has designed specialized shipping containers about the size of a thick pizza box that hold about 20 pounds of dry ice. Dry ice on airplanes is limited by the FAA because when dry ice sublimates, it issues carbon dioxide, which can decrease the amount of oxygen in the air. That can potentially cause asphyxiation in enclosed spaces with poor ventilation.

American Airlines also announced last week that it had begun running trial cargo flights from Miami to South America to evaluate its vaccine shipping process. This was apparently in response to the Pfizer-BioNTech vaccine, because the airline’s chief executive officer, Doug Parker, stated in a LinkedIn post they were stress testing a trial of “a major pharmaceutical company’s thermal packaging.”

Parker reported it had “successfully moved” the packaging. The airline also told ABC News that it had created a “network of team members that specialize in temperature-critical shipments” and that it is working with the FDA on “regulations governing shipments transported with dry ice.”

General Gustave Perna of Operation Warp Speed also told ABC News that the vaccines will be “on the street” in communities within 24 hours after FDA authorization.

Moderna announced today that it plans to submit its request to the U.S. Food and Drug Administration (FDA) for an Emergency Use Authorization (EUA) for its COVID-19 vaccine, mRNA-1273. The company completed its primary efficacy analysis of the Phase III trial on 196 confirmed cases which confirmed the high efficacy seen in the first interim analysis. At that analysis, the company reported 94.5% efficacy. The new analysis suggests 94.1% efficacy.

Pfizer and BioNTech submitted for an EUA on November 20 for their COVID-19 vaccine. Like the Moderna vaccine, it has demonstrated efficacy of more than 94%, with no serious safety issues.

The FDA reportedly has scheduled an advisory committee meeting for December 8, 9 and 10, that will take into consideration the applications. Potentially a decision could be made at the end of the December 10th meeting. If so, the vaccines could begin distribution and dosing within days. Moderna, however, indicated it will likely be scheduled for Thursday, December 17. Bancel indicated that the first injections could potentially be given as early as December 21 if everything went smoothly.

The vaccines will be distributed to states based on populations, then the states will determine priorities, likely with healthcare workers, frontline responders and the elderly receiving the top priority. The vaccines will probably be available to the general population by April or May as manufacturing continues to scale up.

An advisory panel to the U.S. Centers for Disease Control and Prevention (CDC) is meeting tomorrow to determine how to prioritize initial distribution of the vaccine.

With vaccines within reach, U.S. braces for post-Thanksgiving coronavirus s...
Scroll to top