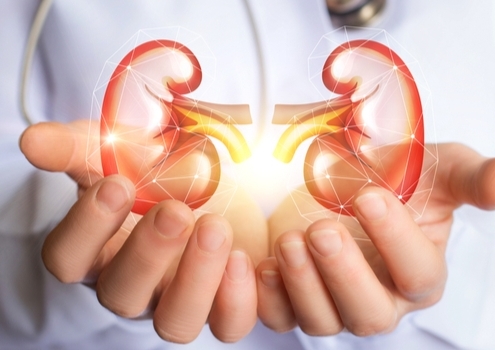 Akebia Therapeutics’ investigational drug vadadustat hit the mark in the first of two Phase III trials in chronic kidney disease (CKD) patients who are on dialysis, and investors are pleased. In premarket trading, shares of Akebia were up more than 21% to $10.55.

This morning, Cambridge, Mass.-based Akebia said vadadustat, an investigational oral hypoxia-inducible factor prolyl hydroxylase inhibitor (HIF-PHI), achieved primary efficacy and cardiovascular safety endpoints in the late-stage INNO2VATE study. The INNO2VATE study was divided into two programs. In the trial vadadustat was measured against darbepoetin alfa for the treatment of anemia due to chronic kidney disease (CKD) in adult patients on dialysis. Akebia said vadadustat achieved non-inferiority against darbepoetin alfa in the study in time to first occurrence of major adverse cardiovascular events (MACE). Also, the data showed that vadadustat demonstrated non-inferiority to darbepoetin alfa as measured by a mean change in hemoglobin between baseline and the primary and secondary evaluation periods.

Glenn Chertow, the co-chair of the independent Executive Steering Committee for INNO2VATE, said the greatest strength of the data is the consistency across both efficacy and all MACE components.

“The nephrology community has been eagerly awaiting straightforward, high-quality data evaluating the treatment of anemia due to CKD with a novel HIF-PHI. Based on these two randomized trials comparing vadadustat to the active darbepoetin control, I am confident that vadadustat has the potential to be a safe and effective option for the treatment of anemia due to CKD in adult patients requiring dialysis, upon approval,” Chertow said in a statement.

The INNO2VATE study is the first of two Phase III studies assessing vadadustat as a potential treatment for anemia due to CKD. Akebia Chief Executive Officer John P. Butler called the results “rewarding.”

“We believe our data uniquely positions vadadustat as a potential new oral standard of care for treating all populations of dialysis patients, including both incident and prevalent dialysis patients, with anemia due to CKD, subject to approval,” Butler said in a statement. “We are more confident than ever that the clinical success we’ve demonstrated with INNO2VATE supports vadadustat’s potential for regulatory and commercial success, upon approval.”

Butler added that the company is already working on its New Drug Application for vadadustat. The company expects to file the NDA following the top-line data readout of PRO2TECT, the Phase III program studying vadadustat in adult patients not on dialysis with anemia due to CKD. Results from that study are expected in mid-2020.

“We believe vadadustat has the potential to play a key role in the treatment of anemia due to CKD, and we are another step closer to realizing that vision. We are very pleased with these clear and consistent findings and are excited to share the full data set, together with the data from our PRO2TECT studies, later this year at a medical conference and in a peer-reviewed journal,” Chief Medical Officer Steven K. Burke said in a statement.