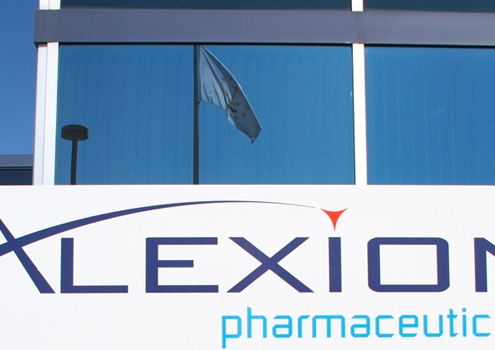 In its quarterly financial report, Alexion announced it discontinued studies of ALXN2040 in C3 Glomerulopathy following disappointing interim data from two Phase II studies in this indication. C3 Glomerulopathy is a rare kidney disease caused by an excessive activation of the alternative complement pathway that leads to deposition of complement factor C3 in glomeruli, a cluster of blood vessels around the end of a kidney tubule, where waste products are filtered from the blood. Alexion said the interim data suggest that inhibition of Factor D is a promising potential target for treating the cause of C3G. However, the study showed that the clinical response with ALXN2040 was suboptimal, due to insufficient PK/PD response and incomplete inhibition of the alternative pathway.

As a result of those findings, Alexion said the development of ALXN2040 in C3G will be discontinued.

While the company is not going to further study ALXN2040 in this setting, the company noted that it could initiate a program in C3G with a more potent Factor D inhibitor, ALXN2050. The more potent ALXN2050 is currently in a Phase II study as a monotherapy treatment for the rare blood disorder paroxysmal nocturnal hemoglobinuria (PNH). PNH is a chronic and life-threatening ultra-rare blood disorder caused by the destruction of red blood cells. Additionally, Alexion said it plans to initiate a proof-of-concept trial of ALXN2050 in patients with various renal diseases in 2021.

When the deal was announced in October 2019, Alexion Chief Executive Officer Ludwig Hantson said, “inhibiting Factor D production addresses uncontrolled complement activation further upstream in the complement cascade, and importantly, leaves the rest of the complement system intact, which is critical in maintaining the body’s ability to fight infection.”

Earlier this year, Alexion snapped up Portola Pharmaceuticals and its blood disorder treatments in a $1.41 billion deal. Alexion said the acquisition of Portola will bolster its commercial portfolio and create long-term value for its shareholders. The deal brings Portola’s Andexxa [coagulation factor Xa (recombinant), inactivated-zhzo] under its umbrella. Andexxa, was approved by the U.S. Food and Drug Administration in 2018 and is currently the only approved Factor Xa inhibitor reversal agent, and has demonstrated transformative clinical value by rapidly reversing the anticoagulant effects of Factor Xa inhibitors rivaroxaban and apixaban in severe and uncontrolled bleeding. In addition to Andexxa, Portola also has Bevyxxa in its pipeline. Portola’s drug is the only anticoagulant approved for hospital and extended duration prophylaxis of 35 to 42 days of venous thromboembolism (VTE) in adult patients who have been hospitalized for an acute medical illness.