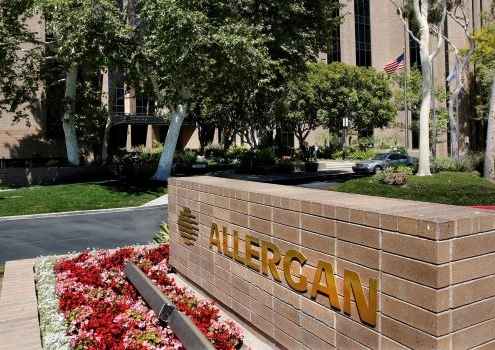 Allergan Eye Drop for Presbyopia Hits All Endpoints, Focuses In on Approval

International eye care products manufacturer Allergan, an AbbVie company, has announced positive outcomes from its Phase 3 study of a new treatment for presbyopia. In a statement, the company said its new ophthalmic solution met both its primary and key secondary endpoints, with patients reporting near and intermediate improvements in vision.

The Phase 3 GEMINI 1 clinical study evaluated the safety, efficacy, and tolerability of AGN-190584 (pilocarpine 1.25 percent), all to positive results. The solution also did not exhibit any loss of distance vision, had a rapid onset of action, and sustained the visual gains for as long as six hours. The drug is currently being reviewed by the U.S. Food and Drug Administration after Allergan submitted a New Drug Application (NBA), with results expected to come up by the end of 2021.

According to results presented at the 2021 American Society of Cataract & Refractive Surgery (ASCRS) annual meeting recently, patients who had the drug reported significant improvements in their ability to read from a close distance. Towards the last seven days of the study, they also reportedly dealt with presbyopia coping mechanisms much less frequently.

“Building upon our heritage in eye care, we are proud to be leading the development of a first-of-its-kind potential treatment option for those living with presbyopia. If approved by the FDA, AGN-190584 is expected to be the first eye drop specifically designed for presbyopia,” said Michael R. Robinson, M.D., vice president and global therapeutic area head of eye car for AbbVie, Allergan’s parent firm. 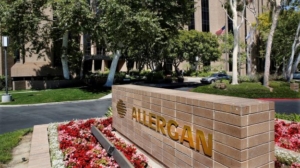 Presbyopia is caused by a loss of the eye’s ability to focus on a near object. In a non-presbyopic area, the clear lens behind the iris can change shape and focus light to the retina, thus allowing people to see things up close. For somebody who is presbyopic, the clear lens does not change shape quickly and even hardens, making it difficult to focus. AGN-190584, the drug in question, is applied to both eyes daily to treat this condition.

“Presbyopia is a common and progressive eye condition that makes it more difficult to focus on things up close and affects most adults over the age of 40. While not often known by name, the 128 million Americans living with presbyopia feel the condition’s impact throughout their daily lives, often when looking at their cell phones, reading or trying to see a menu in a dimly lit restaurant,” commented George O. Waring, I.V., M.D., FACS, the medical director at the Waring Institute, South Carolina.

“Our ever-increasing time spent on digital devices, from smartwatches to smartphones, has put unprecedented demands on our vision,” Dr. Waring added.

The GEMINI 1 clinical trial tested 323 participants in a randomized study where half of the patients received AGN-190584 in both eyes once a day for 30 days. Those treated with the drops found themselves able to read three lines or more on a reading chart in low light, high contrast, binocular Distance Corrected Near Visual Acuity (DCNVA) for a month.

The study also showed that the drug worked quickly at 15 minutes and lasted up to six hours without loss of distance vision. Improvements were also seen in patients with Distance Corrected Intermediate Visual Acuity (DCIVA) for up to 10 hours on Day 30. There were no emergent side effects observed in any of the trial participants.