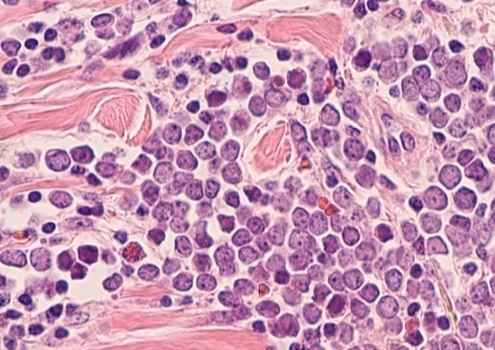 ALX Oncology will partner with pharma giant Merck to evaluate a combination of its CD47 inhibitor with Keytruda as a potential treatment for patients with Head & Neck Squamous Cell Carcinoma (HNSCC).

California-based ALX will initiate a Phase II study consisting of multiple trials in HNSCC. The first program will assess ALX148, an investigational next-generation CD47 blocker, in combination with Merck’s checkpoint inhibitor as a potential first-line treatment for patients with PD-L1 expressing metastatic or unresectable, recurrent HNSCC. The second study will evaluate ALX148 in combination with Keytruda and standard chemotherapy for the first line treatment of patients with metastatic or unresectable, recurrent HNSCC.

The Phase II program follows promising data seen in a Phase Ib study of ALX148 and Keytruda in this indication. It was the basis of this study that paved the way for the U.S. Food and Drug Administration to grant Fast Track designation for this indication back in February. Phase Ib results were presented at the American Society of Clinical Oncology virtual meeting in June. The data showed that patients with HNSCC who had progressed on prior platinum therapy and who had never received a checkpoint inhibitor treated with ALX148 in combination with pembrolizumab demonstrated a 40% objective response rate (ORR). Additionally, the data showed patients achieved a median progression-free survival (PFS) of 4.6 months. The median overall survival (OS) was not reached.

ALX148 combines a high-affinity CD47 binding domain with an inactivated, proprietary Fc domain. ALX148 has demonstrated promising clinical responses across a range of hematologic and solid malignancies in combination with a number of leading anti-cancer agents.

Juame Pons, president and chief executive officer of ALX Oncology, said the collaboration with Merck builds on “the compelling combination activity” that was seen in the Phase Ib study.

“ALX148 was designed for use in combination to maximize clinical activity with a range of anti-cancer agents. We believe that blocking the CD47 myeloid checkpoint pathway bridges the innate and adaptive immune response against cancer to enhance efficacy,” Pons, who is also the founder of the company, said in a statement. “Our goal is to transform treatment options for patients with cancer by developing ALX148 as a foundational checkpoint immunotherapy.”

ALX Oncology is not the only company to partner with Merck in HNSCC this month. New York-based Vaccinex, Inc. announced Sept. 16 it will pair its investigational SEMA4D inhibitor, pepinemab, with Keytruda for this indication. Pepinemab, also known as VX15/2503, is a humanized monoclonal antibody that binds and blocks the activity of semaphorin 4D (SEMA4D) which is an extracellular signaling molecule that regulates the migration and function of immune and inflammatory cells.