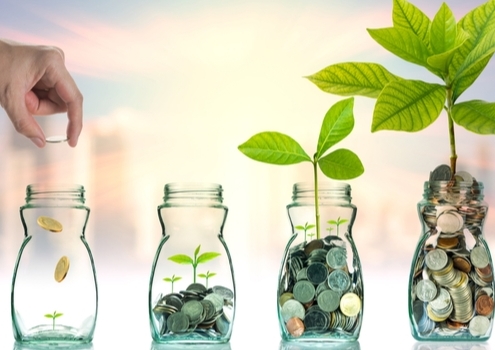 The young company came out with financial backing from Amgen Ventures after winning the pharma giant’s coveted 2017 Golden Ticket in December 2017. This morning, the company has increased its financial footing following a $42 million Series A financing round that will be used to support the continued development of the therapeutic drugs for ALS and genetically related frontotemporal dementia (FTD). With the Series A financing, the company now has now raised a total of $50.5 million to support its mission.

Kasper Roet, QurAlis’ chief executive officer, said the funding will allow the company to take the next major step in its growth and take its lead programs into the clinic.

“Recent advances in science and technology have identified strong disease targets for specific groups of ALS and FTD patients. Combined with our proprietary human stem cell technologies and development capabilities, we believe we are placed in a very good position to bring forth real treatments,” Roet said in a statement.

When QurAlis launched, the company said insights from genetics and biomarkers show ALS is “not one disease, but a spectrum of disorders with varying underlying mechanisms.” Comparing ALS to cancer, QurAlis said each subtype of the motor neuron disease needs to be treated with precision therapies. ALS can be caused by mutations in over 25 individual human genes and some of those mutations can also cause FTD, the company said. QurAlis’ strategy is to systematically investigate treatments targeting specific disease-causing mechanisms in patient sub-populations. The company evaluates a wide range of potential treatments through the use of lab-grown neuronal networks derived from cells of ALS patients.

ALS is a progressive neurodegenerative disease that affects neurons in the brain and the spinal cord. The disease is usually fatal within two to five years of diagnosis. Patients with ALS eventually lose the ability to control muscle movement, which eventually leads to total paralysis and then death. Currently, there is no known cure for the disease, but numerous companies are focusing their resources on developing a treatment.  The U.S. Centers for Disease Control and Prevention estimates that approximately 12,000 to 15,000 Americans have ALS, with about 5,000 to 6,000 new cases diagnosed annually.

Last year, QurAlis spun out EnClear Therapies, a medical device company focused on neurological diseases, including ALS and progressive supranuclear palsy. The company is developing a device to remove the toxic proteins that build up in the brain and spinal cord, significantly impacting neurodegeneration.

The Series A financing round was led by LS Polaris Innovation Fund, lead seed investor Mission BioCapital, INKEF Capital and the Dementia Discovery Fund, and co-led by Droia Ventures. Additional new investors include Mitsui Global Investment and Dolby Family Ventures. They were joined by investments from existing investors Amgen Ventures, MP Healthcare Venture Management, and Sanford Biosciences. MP Healthcare is a subsidiary of Mitsubishi Tanabe Pharma Corporation, the company that developed the ALS treatment Radicava, which when it was approved in 2017, was the first new ALS treatment in 22 years.

“The QurAlis team built this company from the ground up on a foundation of cutting-edge science and profound dedication to helping ALS patients above all else. The great support of our existing and new investors from the U.S., Europe and Japan underscores the international nature of our mission. We plan to use this funding to continue advancing ALS and FTD therapies for patients around the world who are in critical need of effective treatments,” Roet said.