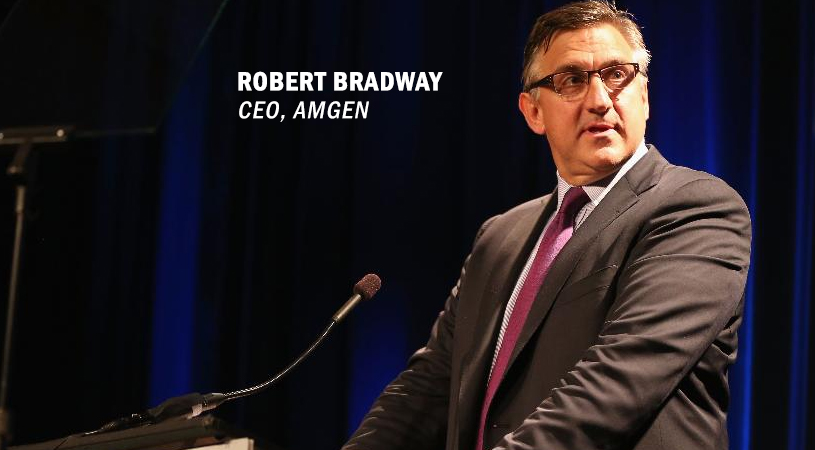 During a meeting with President Donald Trump on Tuesday, Chief Executive Officer Robert Bradway told the president the company will be hiring 1,600 people across the United States this year.

“This includes both workers who will bring new skills to Amgen, as well as those required to address attrition and other needs,” Kristen Davis, a spokesperson for Amgen (AMGN) told the Los Angeles Times. “We look forward to working collaboratively with the new administration.”

The hiring spree will boost employee numbers at the company following a culling of approximately 4,000 jobs in 2014.

The announcement of the planned hiring boosted Amgen stock on Tuesday to $156.81, however share prices dipped in after-market trading to $155.60. This morning share prices are back up to $156.70.

Amgen did not say what factors led to the planned hiring, although the company did win an important legal victory that blocked rivals Regeneron (REGN) and Sanofi (SNY) from selling their cholesterol drug Praluent in the United States. The legal victory leaves Amgen’s Repatha as the sole drug of its type in the United States. Regeneron and Sanofi will not be allowed to market Praluent in the United States for 12 years because the drug infringes on Amgen’s patents for Repatha, U.S. District Court Judge Sue Robinson ruled earlier this month. Repatha was approved by the U.S. Food and Drug Administration (FDA) last year to treat two rare genetic diseases known for high LDL-C, as well as patients who have atherosclerotic CV disease. Repatha is a PCSK9 inhibitor. By inhibiting the binding of PCSK9 to LDLR, Repatha increases the number of LDLRs available to clear LDL from the blood, which lowers LDL-C levels.

Bradway, along with the CEOs of Novartis (NVS), Celgene (CELG), Merck & Co. (MRK) and Eli Lilly (LLY), as well as the CEO of the Pharmaceutical Research and Manufacturers of America (PhRMA), met with the president Tuesday to talk about the industry, pricing and manufacturing. During the meeting Trump praised the innovations the pharmaceutical industry has led, but told the CEOs that pricing must be gotten under control and that he also wanted to see more drug manufacturing return to the United States. Merck’s Ken Frazier told reporters the industry was ready to work with Trump “to create a system that’s good for innovation, that’s good for jobs,” Bloomberg reported. Stephen J. Ubl, chief executive officer of the Pharmaceutical Research and Manufacturers of America (PhRMA), took to Twitter after the meeting, sharing his thoughts of the meeting with the president, which he called positive and productive.