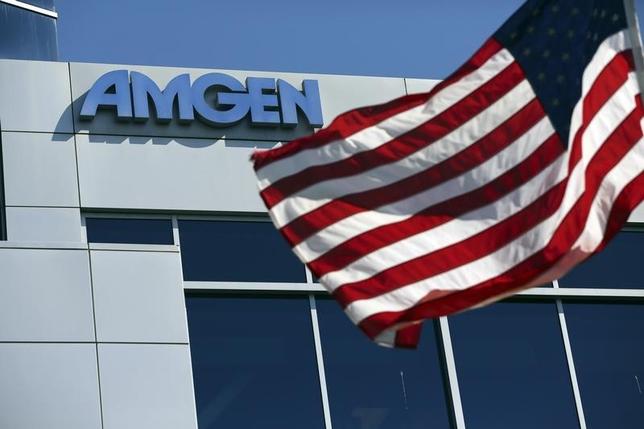 Amgen Inc’s closely watched new cholesterol drug, Repatha, has been recommended for approval in Europe, putting the U.S. drugmaker ahead in a race with rival Sanofi SA.

Repatha, or evolocumab, belongs to a new class of cholesterol-lowering drugs known as PCSK9 inhibitors that have the potential to drastically reduce the risk of heart attacks when used in addition to standard treatment.

France’s Sanofi and its partner, Regeneron Pharmaceuticals Inc, are developing a rival drug called Praluent, and both treatments have been running neck-and-neck in the sprint to market.

Neither has won approval in the all-important U.S. market yet.

Recommendations for marketing approval by its Committee for Medicinal Products for Human Use (CHMP) are normally endorsed by the European Commission within a couple of months.

Numerous trials have shown that PCSK9 inhibitors significantly lower blood levels of “bad” LDL cholesterol, but widespread use will hinge on whether the drugs are proven to prevent heart attacks, other serious heart problems.

Both Amgen and Sanofi have filed for approval of their drugs based on trials showing that they lower LDL in patients whose cholesterol is not controlled by other drugs, those who cannot tolerate other drugs and people genetically predisposed to high cholesterol.

The U.S. Food and Drug Administration is slated to decide on Amgen’s application for Repatha by Aug. 27, while the deadline for Praluent, also known as alirocumab, is July 24.

Neither Amgen nor Sanofi expect definitive data on cardiovascular outcomes for their drugs until larger trials conclude in 2017.

Pfizer Inc, which has not yet filed for approval of its PCSK9 drug, expects outcomes data in a similar time frame.

(Reporting by Ben Hirschler in London and Roshni Menon in Bengaluru; Editing by Sriraj Kalluvila and Simon Jennings)