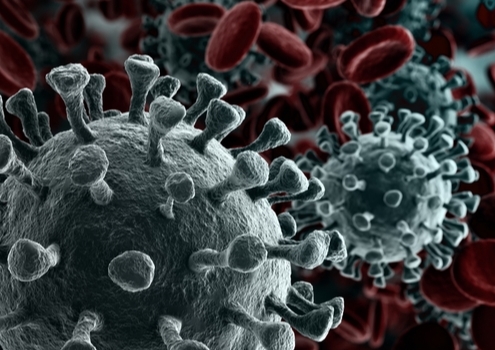 Only time will tell if any of the assays, medical equipment or drugs the U.S. Food and Drug Administration (FDA) is approving for use during the COVID-19 pandemic under Emergency Use Authorization (EUA) will turn out to be ineffective or substandard. Now, the agency issued an EUA for hydroxychloroquine and chloroquine, long-used malaria drugs to treat the illness caused by the novel coronavirus.

Scientists and physicians have been cautious about use of the drug for the disease, while President Trump touted it as a “game changer.”

In a statement by the Department of Health and Human Services (HHS), the EUA allowed for the drugs to be “donated to the Strategic National Stockpile to be distributed and prescribed by doctors to hospitalized teen and adult patients with COVID-19, as appropriate, when a clinical trial is not available or feasible.”

“Let’s see how it works,” President Trump said at a press conference on Sunday, March 29, referring to efforts by New York State. “It may. It may not.”

Scientists and physicians have expressed concern over the effort, citing lack of efficacy data and worries that it will make it more difficult for patients who need the drugs for other conditions to get it. Hydroxychloroquine is used to treat malaria, lupus and rheumatoid arthritis. An increasing number of lupus and arthritis patients have reported difficulties in filling their prescriptions and there are reports that some physicians are hoarding the drug for themselves.

It’s important to note that the drugs have not been scientifically proved to be effective in treating COVID-19. A study published in the Journal of Zhejiang University last week concluded the drug was no better at treating COVID-19 than conventional care. That study looked at 30 patients diagnosed with COVID-19 who were split into two groups, both receiving five days of conventional treatment, which included bed rest, oxygen inhalation and antiviral drugs. One group also received 400 milligrams of hydroxychloroquine. There was no statistical difference between the two treatment plans after seven days. Also, patients receiving hydroxychloroquine were marginally worse in recovery than the control group, although that was likely not statistically significant. The authors said they believed more study was needed because the study was small and preliminary.

“Like the papers to date on hydroxychloroquine and chloroquine, there isn’t much concrete data,” Vineet Menachery, assistant professor of Microbiology & Immunology at the University of Texas Medical Branch, who was not involved in the research, told Newsweek. The drug didn’t show clear advantages, but it also didn’t make COVID-19 worse, although the side effects of the drug are a concern.

French researchers published an article in the International Journal of Antimicrobial Agents that described the potential use of hydroxychloroquine and the antibiotic azithromycin, better known as Z-Pak. This is also a very small study and showed a significant reduction of the viral carriage after six days of treatment and “much lower average carrying duration” compared to patients receiving other treatment. Six patients were asymptomatic and 22 had upper respiratory tract infection symptoms. Eight patients had lower respiratory tract infections. Twenty cases were treated in the study, with untreated patients acting as negative controls.

Luciana Borio, who was the FDA’s acting chief scientist from 2015 to 2017, tweeted in response to the EUA, “I would like to see who at FDA’s [Medical Countermeasures Initiative] signed off on this EUA despite the total lack of scientific evidence that chloroquine/hydroxychloroquine are beneficial in the treatment of COVID-19. EUA is supposed to be issued when the evidence indicates that benefits outweigh the risks.”

U.S. Surgeon General Jerome Adams also told Fox News after a TV physician recommended the drug, “There’s the thing about those drugs: there is ‘may’ and there is ‘actually does.’ So, these may be promising, and we’d try to make them as available as possible to people across the country, but we have to verify through studies across the country that they actually work.”

Despite the positive data in 40 coronavirus patients published in France, the French health ministry has warned against use of hydroxychloroquine for COVID-19. The company’s health minister, Olivier Veran, said it should only be used for “serious forms of hospitalization and on the collegial decision of doctors and under strict medical supervision.”

There have been reported cases of overdoses of these drugs recently from people taking it on their own. A man in Arizona died last week and his wife was in critical condition after taking chloroquine phosphate, an additive used to clean fish tanks.