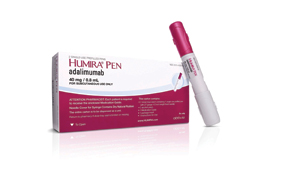 The world’s top seller Humira remained No. 1 during 2016 by a huge margin. The sales-dollar gap between Humira and second-place Harvoni amounted to more than $7.4 billion, a total exceeding the sales for every prescription drug outside of the world’s top 5 products. As the world’s first fully human anti-TNF-α monoclonal antibody, Humira is approved around the globe to treat a variety of autoimmune diseases. Containing the active chemical adalimumab. Humira exerts effects by neutralizing TNF-α (tumor neurosis factor-α), a protein that plays a central role in inflammatory responses in rheumatoid arthritis and other immune-mediated inflammatory diseases.

Humira accounted for 63 percent of Abb­Vie’s total net revenue during 2016. The medicine’s sales continued to grow during the first six months of 2017, reaching $8.83 billion, representing an increase of 14.3 percent on a reported basis compared to the drug’s performance in first-half 2016. Humira sales are also recorded by Eisai, which jointly developed and co-promotes Humira in Japan. 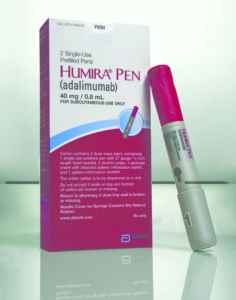 AbbVie continues to dedicate substantial R&D efforts to expanding indications for the biologic therapy, including in the fields of rheumatology, gastroenterology (pediatric ulcerative colitis), and dermatology (pediatric psoriasis). AbbVie also continues to work on Humira formulation and delivery enhancements to improve convenience and overall patient experience.

According to EvaluatePharma’s “World Preview 2017, Outlook to 2022” report, Humira is still expected to be the top-selling medicine in 2022 at $15.9 billion with a 28.7 percent global market share. 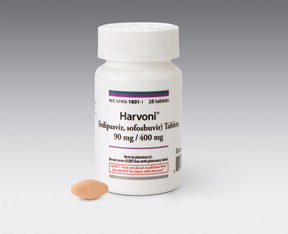 During April 2017, FDA approved a supplemental indication for Harvoni tablets for treating HCV infection in adolescents without cirrhosis or with compensated cirrhosis, 12 years of age and older, or weighing at least 35kg. Harvoni gained U.S. approval for pediatric patients with genotype 1, 4, 5, or 6 HCV infection.

Remicade clocked in as the third best seller in 2016 with sales of about $8.83 billion. Containing the active chemical infliximab, Remicade is used to treat a number of immune-mediated inflammatory diseases. The TNF-α MAb is marketed around the world via Johnson & Johnson, Merck, and Mitsubishi Tanabe Pharma.

Remicade is experiencing biosimilar competition in the United States and Europe. EvaluatePharma’s “World Preview 2017, Outlook to 2022” report predicts sales of $2.74 billion in 2022 with a worldwide market share of 5 percent.

Like Remicade, Enbrel is a blockbuster brand competing in the immunology marketplace that was launched in the United States during 1998 and now faces biosimilar competition. Enbrel (etanercept) sales for 2016, generated between Amgen, Pfizer and Takeda Pharmaceutical, reached nearly $8.5 billion. In second-quarter 2017, Enbrel sales for Amgen decreased 1 percent due to the impact of competition, offset partially by favorable changes in inventory and net selling price (Pfizer and Takeda’s Q2 2017 results for Enbrel had not yet become available as this magazine went to press).

EvaluatePharma analysis projects nearly $5.28 billion in sales for the TNF-α inhibitor Enbrel during 2022 with a global market share of 9.5 percent.

Sales during 2016 for Roche and Chugai Pharmaceutical’s Rituxan/MabThera increased for the second consecutive calendar term, with about 3 percent year-over-year growth to SFr7.3 billion ($7.41 billion). Rituxan/MabThera is available for common forms of blood cancer, rheumatoid arthritis and certain types of vasculitis. Sales continued to rise despite competitive pressure. According to Roche, increasing demand was mainly evident in China, the United States and Europe. Growth in China was supported by expanded regional access, largely in diffuse large B-cell lymphoma.

During June 2017, FDA approved Rituxan Hycela (rituximab and hyaluronidase human) for subcutaneous injection, for treating adults with specific forms of blood cancer. This new formulation joins together the monoclonal antibody used in intravenous Rituxan/MabThera with hyaluronidase, an enzyme that enables injection of the medicine under the skin.

First-half 2017 sales for Rituxan/MabThera as reported by Roche rose 3 percent to nearly SFr3.84 billion ($3.9 billion) versus same-period 2016. Sales were bolstered by growth in the oncology and immunology segments. The largest sales increases were recorded in the United States, up 5 percent to SFr2.12 billion ($2.15 billion), and the International region, rising 7 percent to SFr658 million ($668 million). Growth in China was supported by additional reimbursement approvals as well as expanded regional access. EvaluatePharma has projected 2022 sales of $2.58 billion for Rituxan/MabThera.

Celgene’s Revlimid checked in as the No. 6-ranked product in 2016 with sales of $6.97 billion, accounting for a $1.17 billion improvement from 2015. Initially approved by U.S. regulators in December 2005, the medicine is indicated for multiple myeloma, myelodysplastic syndromes, and mantle cell lymphoma.

Revlimid global sales during first-half 2017 rose 19.7 percent on a reported basis year-over-year to almost $3.92 billion. Based on the 2017 first-half performance, Celgene’s full-year 2017 guidance for the medicine ranges from $8.0 billion to $8.3 billion.

EvaluatePharma expects Revlimid will be the world’s second-largest prescription product in terms of sales during 2022. According to EvaluatePharma analysis, U.S. sales will grow at an average of 15 percent per year to about $10.15 billion in 2022, with 13 percent CAGR globally during 2016-2022 to roughly $14.2 billion.

For 2022, EvaluatePharma has projected that Avastin sales will amount to $4.35 billion and Herceptin’s total will come in at about $3.65 billion.

Sanofi’s diabetes medicine Lantus ranked ninth among all prescription drugs in 2016 worldwide sales at almost €5.71 billion ($6.33 billion), down by roughly $1.38 billion compared to the product’s 2015 tally. For the first six months of 2017, Lantus sales of €2.42 billion ($2.68 billion) decreased 16.7 percent compared to the first-half 2016 total. Biosimilar competition to the long-acting insulin is expected to continue negatively impacting sales.

2016 global sales of $5.72 billion were down for No. 10-ranked Prevnar 13/Prevenar 13 compared to almost $6.25 billion during 2015 for the top-selling vaccine worldwide. Prevnar 13 is FDA-approved for adults 18 years of age and older for the prevention of pneumococcal pneumonia and invasive disease caused by 13

According to EvaluatePharma data, Prevnar 13 worldwide sales are projected to come in at almost $5.75 billion in 2022, down 1 percent in terms of 2016-2022 CAGR, with global market share during that time frame decreasing from 21.9 percent to 16.3 percent.