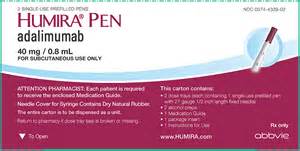 AbbVie’s biologic therapy for autoimmune diseases was the worldwide prescription-drug sales leader in 2015 for the fourth consecutive calendar term; after Gilead’s Sovaldi finished runner-up to Humira in 2014, its fellow hepatitis C treatment Harvoni took over as the No. 2 seller globally last year. 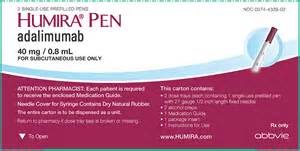 The top 200 medicines based on 2015 sales generated $289.46 billion during the course of last year, representing an average of nearly $1.45 billion per product. Leading the cavalry was Humira, available in more than 60 markets for treating a variety of autoimmune disorders. Launched in the United States during January 2003, Humira worldwide sales for marketer AbbVie topped $14 billion last year. Humira is approved to treat rheumatoid arthritis, psoriasis, Crohn’s disease and other related conditions. The drug is marketed in Japan by Eisai.

The Humira locomotive has shown no signs of slowing down, producing a two-year increase of $3.35 billion in global sales for AbbVie from 2013 to 2015. To put that number in perspective, only 26 product entries featured in this Top 200 Medicines annual report generated a higher 2015 sales total than $3.35 billion. As of July, a full-year 2016 forecast of $16 billion for the monoclonal antibody included $27 million per day in just U.S. sales. Consensus worldwide peak sales of $18.8 billion have been projected for Humira in 2018.

However, what may cause Humira to hit the brakes, or at least tap them, before 2018 is the U.S. Food and Drug Administration’s potential marketing clearance of biosimilar competition. With unanimous backing from its advisory panel, the U.S. regulatory agency is on track to approve Amgen’s biosimilar ABP 501 across all Humira indications by the end of September with potential commercial availability during March 2017. Humira’s key composition-of-matter patent expires during December 2016 in the United States and October 2018 in the European Union, but other significant intellectual property is expected to remain in effect and aid the medicine’s sales life.

As impressive as Humira’s performance has been during the past decade, Harvoni’s sales results in less than two years of market life are unprecedented. Approved by U.S. regulators during October 2014, the hepatitis C medicine’s global sales rose from $2.13 billion during less than the last three months of that year to $13.86 billion over the full course of 2015. For more details regarding Harvoni’s representation as the drug industry’s all-time best product debut, please see the First Year After Launch special feature on page 14.

Year after year, biologic drugs continue to dominate the top-selling leaderboard. For the second straight calendar term, Enbrel ranked in third place as worldwide sales topped $9 billion for 2015. The medicine is marketed in the United States and Canada by Amgen, with Pfizer maintaining marketing rights outside of those countries. Enbrel was launched in the United States during 1998, received EU marketing clearance in 2000, and Takeda Pharmaceutical introduced the product in Japan during March 2005.

Another top 5 selling mainstay and autoimmune disorders medicine that competes against Humira and Enbrel is Remicade. After ranking No. 3 on the best-selling medicine list for 2014, Remicade dropped a spot to fourth place based on 2015 sales totals. The drug’s sales for last year amounted to $8.97 billion after reaching about $9.87 billion in 2014. The decreased overall sales for the immune-mediated inflammatory diseases treatment were partly attributed to the loss of market exclusivity in major European markets during February 2015. Biosimilar versions of Remicade have been launched in certain markets outside the United States, leading to a sales reduction in those markets.

After ranking as the No. 7 best-selling medicine based on 2014 sales, Rituxan/MabThera climbed up two spots in the 2015 standings to fifth place. The first monoclonal antibody, Rituxan/MabThera remains the most widely used medicine to treat the most common forms of blood cancer, including non-Hodgkin lymphoma, follicular lymphoma and chronic lymphocytic leukemia. The drug also is available for rheumatoid arthritis and certain types of vasculitis.

Rituxan is jointly marketed in the United States by Genentech, which is a business unit of Roche, and Biogen. The drug’s global sales growth was driven primarily by strong U.S. demand as demand continued to increase in oncology and immunology. Sales also rose internationally, led by increased demand in Brazil and China, and double-digit growth in Japan.

The world’s best-selling diabetes medication in 2015 was Lantus. The long-acting human insulin analog is marketed 120-plus countries by Sanofi. Lantus is the most-studied basal insulin with more than 10 years of clinical evidence in diabetes treatment. The drug is indicated for once-daily subcutaneous administration in treating adult patients with type 2 diabetes who require basal insulin for the control of hyperglycemia, and for adult and pediatric patients aged 2 years with type 1 diabetes.

Lantus sales in 2015 amounted to €6.39 billion ($7.09 billion), decreasing 10.8 percent at constant exchange rates, but up 0.7 percent on a reported basis. A biosimilar of Lantus from Eli Lilly debuted during third-quarter 2015 in some European markets and in Japan. In Emerging Markets, 2015 sales of Lantus advanced 17.3 percent to €1.14 billion ($1.26 billion), driven by its performance in China.

Roche also markets the No. 7 and 8 sales generators from the 2015 rankings: the monoclonal antibodies Avastin and Herceptin. Roche’s Avastin sales rose 9 percent to about $6.94 billion for 2015. Herceptin accounted for 10 percent sales growth globally to about $6.79 billion, with its U.S. total improving 15 percent.

FDA-approved in 1998, Herceptin targets HER2-positive breast cancer. Herceptin works by attaching itself to HER2 receptors on the surface of breast cancer cells and blocking them from receiving growth signals.

For a listing of the top 200 prescription medicines based on global sales generated during 2015, please click on the link below: