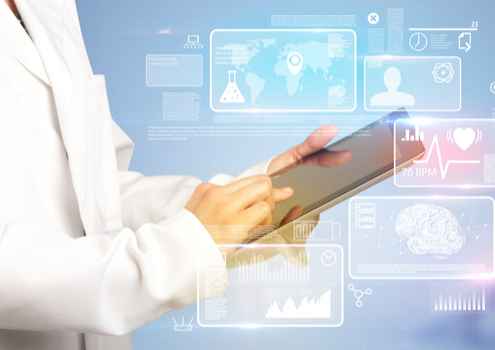 Shares of Applied Therapeutics have plunged more than 26% in premarket trading after the company announced it is unable to seek regulatory approval of its Galactosemia therapeutic at this time.

This morning, New York-based Applied Therapeutics said it is holding off on a New Drug Application. The decision came after discussions with the U.S. Food and Drug Administration (FDA). Citing the regulatory agency, it appears additional clinical data will have to be submitted.

Applied Therapeutics is developing AT-007, a central nervous system penetrant Aldose Reductase inhibitor (ARI) for the treatment of Galactosemia and other rare neurological diseases, including SORD Deficiency and PMM2-CDG. AT-007 is currently being assessed in the Phase III ACTION-Galactosemia Kids clinical trial in children ages 2-17 who have Galactosemia, a rare genetic metabolic disease that causes an inability to metabolize the simple sugar galactose.

The study assessed clinical outcomes every six months by what the company described as a firewalled committee. The first assessment is expected to be completed in the first quarter of 2022 and then every six months thereafter until the study reaches statistical significance.

“While disappointed by this change in direction by the FDA, we remain committed to bringing this important treatment to patients with Galactosemia,” Shoshana Shendelman, founder, chairman and chief executive officer of Applied Therapeutics said in a statement. “We will continue to work with the FDA to determine the most expeditious path forward to regulatory approval and will provide an update on timing and plans accordingly.”

In previous clinical studies, AT-007 significantly reduced plasma galactitol levels compared to placebo in adults and children with Galactosemia. There are approximately 3,000 patients with Galactosemia in the United States.

The only natural treatment for Galactosemia is to avoid foods containing milk and all dairy products.

When the FDA granted Fast Track designation, Shendelman noted that patients with Galactosemia typically see their issue worsen over time, which can significantly impact their quality of life. With no drugs currently approved for the rare disease, Shendelman said the company believes that AT-007 has the potential to be the first drug approved for patients.

In December, the company initiated its Phase II/III study of AT-007 in Sorbitol Dehydrogenase (SORD) Deficiency, a disease caused by the lack of the enzyme sorbitol dehydrogenase, which is responsible for the metabolism of sorbitol. The condition causes sorbitol to accumulate at high levels and become toxic to the body. SORD Deficiency affects approximately 3,300 patients in the U.S. and 4,000 patients in Europe.

AstraZeneca and Ovid Therapeutics Team Up Against Epilepsy
Scroll to top
Posting....