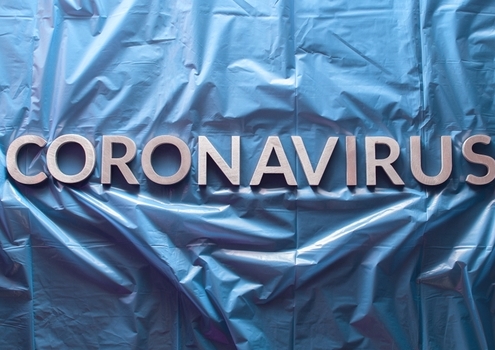 China’s National Health Commission stated today that the coronavirus has infected 5,974 individuals, resulting in 132 deaths and 103 people being cured. This has passed the number of patients who were infected with SARS, or severe acute respiratory syndrome, in 2003. As more and more cases are being diagnosed around the world, including in the U.S. and Canada, government officials and biopharma companies are fast-tracking vaccine development.

Last week, the U.S. National Institutes of Health (NIH) began working on a vaccine. Although it might be sped up, it would take several months and potentially more than a year before a vaccine could become available.

A number of biopharma companies have indicated they plan to focus on developing a vaccine as soon as possible. One is Moderna, which has mRNA vaccine technology, and is working with NIH/NIAID/VRC on a potential vaccine.

Novartis is taking the threat seriously, but also believes a vaccine is at least a year off.

“The reality is, it will take over a year in my expectation to really find a new vaccine for this so, we need to really use epidemiological controls to really get this situation in a better place,” Vas Narasimhan, chief executive officer of Novartis, told CNBC.

So far, the virus, which was first identified in the Chinese city of Wuhan, has been diagnosed in Thailand, Vietnam, South Korea, Malaysia, Japan, Australia, France, Canada and the U.S.

According to Reuters, a group of scientists in Australia successfully grew the coronavirus in the lab, the first recreated outside China. The researchers at the Peter Doherty Institute for Infection and Immunity in Melbourne agreed to share the sample, which was grown from a patient diagnosed with the infection. This will allow researchers to more quickly develop vaccines and potential treatments.

“Having the real virus means we now have the ability to actually validate and verify all test methods, and compare their sensitivities and specificities,” said Julian Druce, head of the Doherty Institute’s virus identification laboratory. “The virus will be used as positive control material for the Australian network of public health laboratories, and also shipped to expert laboratories working closely with the World Health Organization (WHO) in Europe.”

The virus will also be used to create an antibody assay that can detect the virus before symptoms appear.

Chinese officials have also shared the genetic sequence of the coronavirus on a public database.

The Trump administration reported U.S. health officials are fast-tracking vaccine development, with hopes of starting an early-stage clinical trial in the next three months. Anthony Fauci, director of the National Institute of Allergy and Infectious Diseases, said the timeline was optimistic and emphasized that a Phase I trial does not mean “you have a vaccine that’s ready for deployment.” He further said that a vaccine for the public could take a year or longer.

“It will take three months to get it into the trial, three months to get safety, immunogenicity data,” he said in a press conference. “Then you move into Phase II. What we do from that point on will be determined by what has happened with the outbreak over those months. We are proceeding as if we will have to deploy a vaccine. In other words, we are working on the worst scenario that this becomes a bigger outbreak.”

Hong Kong researchers say they have already developed a vaccine for the virus, but said it will “take months” to test it on animals and another year to run clinical trials on humans before it is ready.

Johnson & Johnson also indicated it believes it could develop a vaccine in a few months, but it would take up to a year to bring it to market.

There is precedent for this timeline. The first human trials for the Ebola vaccine launched in November 204 and the U.S. Food and Drug Administration (FDA) didn’t approve a vaccine for it until December 2019. Granted, Ebola is a very different virus from the Chinese coronavirus.

Chinese health authorities are using Gilead Sciences’ Remdesivir, an antiviral, which was tested during the Ebola outbreak. Some are also using AbbVie’s antiviral drug Kaletra on a “compassionate basis,” according to U.S. health officials.

Fauci said, “When we were dealing with SARS, we developed monoclonal antibodies as potential therapeutics. Given the somewhat close homology between SARS and the new novel coronavirus, there could be some cross-reactivity there that could be utilized.”

The coronavirus belongs to the same family of viruses that causes colds, but also more severe infections like SARS and Middle East Respiratory Syndrome (MERS). At this time, not a lot is known about how dangerous the virus is or where it originated, although it is believed to jumped from wild animals sold at a market in Wuhan, to humans. It is now spreading person-to-person, even before symptoms appear.

Symptoms include fever, cough, shortness of breath and difficulties breathing. Its most severe cases can cause pneumonia. The U.S. Centers for Disease Control and Prevention (CDC) indicates that symptoms may appear between two and 14 days after exposure.

The WHO’s recommendations for reducing the risk of infection include washing hands with soap and water or alcohol-based hand sanitizers, covering nose and mouth when coughing or sneezing, avoiding close contact with people with cold or flu symptoms, thoroughly cook meat and eggs, and avoid unprotected contact with live wild or farm animals.

In terms of comparative risk, in the U.S. alone, at least 8,200 people have died from influenza this year, including 54 children—and there is already a seasonable vaccine available. And for this season, 2019-2020, the CDC indicates there have been at least 15 million flu illnesses resulting in 140,000 hospitalizations. The flu kills up to 650,000 people each year globally.

“When we think about the relative danger of this new coronavirus and influenza, there’s just no comparison,” William Schaffner, professor of preventive medicine and health policy at Vanderbilt University Medical Center, told Kaiser Health News. “Coronavirus will be a blip on the horizon in comparison. The risk is trivial.”

Which doesn’t mean it shouldn’t be taken seriously. This coronavirus is dangerous, and if unchecked, has the potential to become much more widespread and deadly.

Researchers Develop Nanoparticles to Eat Plaques that Cause Heart Attacks and...
Scroll to top