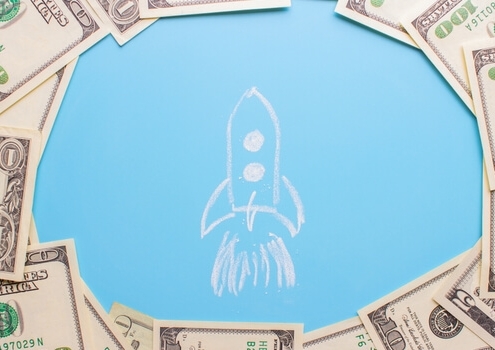 The company’s approach is to assist a natural process called angiogenesis. When, for example, the skin is damaged by cuts or scrapes, angiogenesis results in the formation of new blood vessels and connective tissue. But the process does not go on that long and returns to a state of equilibrium within a few days.

In addition to wound healing, angiogenesis contributes to several diseases of the eye. AXT107 is a peptide that shuts down angiogenesis in wounds. The standard of care for DME, wet AMD and RVO include biological drugs that bind with and block vascular endothelial growth factor (VEGF), a molecule that is involved in blood vessel growth.

These anti-VEGF drugs include Roche’s Lucentis (ranibizumab) and Bayer and Regeneron Pharmaceuticals’ Eylea (aflibercept). They both require injections into the eye as often as once a month, which, not surprisingly, patients aren’t very enthused about.

AsclepiX’ drugs bind to a different target. VEGF signaling depends on co-receptors dubbed integrins. The company’s interim chief executive officer, Kevin Slavin, told Xconomy that binding to integrins completely blocks VEGF signaling. But its drugs have a second mechanism action, activating Tie2, which is another validated pathway for vascular diseases of the eye.

Slawin indicated that in preclinical assays, the AsclepiX compound was as effective or more effective than VEGF inhibitors. And because they evolved naturally in people, they may have fewer side effects such as inflammation.

“We look forward to advancing our clinical program with AXT107 in three indications, wet AMD, DME and RVO and expect to initiate clinical trials in 2H2020,” said Theresa Heah, AsclepiX’s chief medical officer and executive vice president of Operations. “Our clinical development program for AXT107, with a novel mechanism of action and a unique drug gel depot, may lead to innovative new treatment options, delivering sustained vision gains with extended duration of action, for the benefit of our patients and caregivers, and to create value by reducing treatment burden for the benefit of ophthalmologists and payers.”

The company was founded by Aleksander S. Popel and Jordan J. Green from the Johns Hopkins University School of Medicine. Kevin Slawin is the interim chief executive officer, board director and founder of Rapha Capital Management. The Asclepix board of directors, as part of the financing, is being joined by Chris Garabedian, manager, PXV Fund, Perceptive Advisors and Ben Askew, partner, R&D, Xontogeny.

Another aspect of the drug’s approach that could be advantageous is that its drug, in the lower pH of the eye, becomes a gel. This provides a sustained release of the drug.

“It’s not a drug formulation, it’s the drug itself,” Heah told Xconomy. “The peptide forms a gel.”

Heah was part of the team at Bayer involved in launching Eylea. Because the gel is a very slow release, there is potential the drug could be a once-a-year dose.

Other companies working on anti-VEGF drugs that require fewer doses include Kodiak Sciences. Kodiak’s KSI-301 is an antibody for wet AMD that is currently in Phase II/III studies.

Because angiogenesis plays a significant role in cancer, AsclepiX has three preclinical stage compounds it is developing for solid tumors. The foundational science also has possible applications for inflammation.

“We see AsclepiX as having a highly promising novel technology and a lead candidate that holds the potential to be best-in-class in treating retinal diseases,” said Garabedian. “Our interest in investing was based on the robust and compelling data in animal models and their readiness to move into clinical development in the near term.”