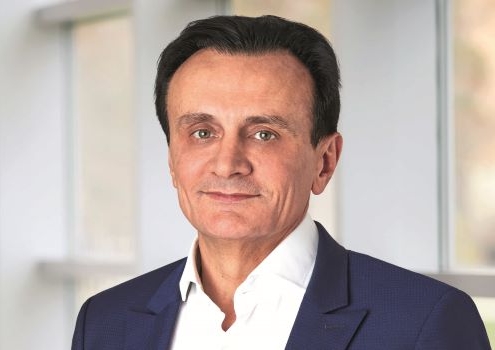 AstraZeneca Dives into Rare Diseases With $39 Billion Acquisition of Alexion

AstraZeneca announced it is acquiring Alexion Pharmaceuticals for $39 billion. Alexion shareholders will get $60 in cash and 2.1243 AstraZeneca American Depositary Shares (ADS), with each ADS worth half of an ordinary AstraZeneca share. The deal otherwise comes to about $175 per share.

The deal has been approved by both companies’ boards and is expected to close in the third quarter of 2021.

AstraZeneca’s focus has been on oncology, cardiovascular, renal and metabolism and respiratory diseases. It has also increased its immunology research-and-development efforts associated with immune-mediated diseases.

Alexion’s focus is on complement inhibition. Complement is a part of the human immune system, and its focus has been on a range of immune-mediated rare diseases caused by abnormal activation of the complement system. Alexion’s branded products include Soliris (eculizumab), a first-in-class anti-complement component 5 (C5) monoclonal antibody. It is approved in several countries for paroxysmal hemoglobinuria (PNH), atypical hemolytic uremic syndrome, generalized myasthenia gravis and neuromyelitis optica spectrum disorder. Another branded product is Ultomiris (ravulizumab), a second-generation C5 monoclonal antibody.

Soliris brought in about $4 billion in revenue in 2019. Ultomiris was in 2019 and brought in $338.9 million. Other marketed products include Strensiq (asfotase alfa) and Kanuma (sebelipase alfa).

Alexion’s pipeline includes molecules that focus on other targets in the complement cascade besides C5, including Factor D small-molecule inhibitors of the alternative pathway of the complement system, an antibody that blocks neonatal Fc receptor-mediated recycling, and a bi-specific mini-body targeting C5.

The two companies will work on building Alexion’s pipeline of 11 compounds across more than 20 clinical-development programs, many in rare diseases. Alexion’s expertise is expected to help AstraZeneca’s work in immunology as well as rare diseases. 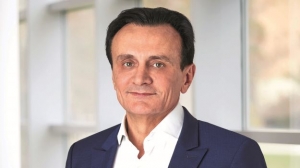 “Alexion has established itself as a leader in complement biology, bringing life-changing benefits to patients with rare diseases,” said Pascal Soriot, AstraZeneca’s chief executive officer. “This acquisition allows us to enhance our presence in immunology. We look forward to welcoming our new colleagues at Alexion so that we can together build on our combined expertise in immunology and precision medicines to drive innovation that delivers life-changing medicines for more patients.”

Soriot took over the company’s reins in 2012 and has emphasized the company’s work in oncology. Lately, they’ve been repeatedly in the news for their collaboration with the University of Oxford on a COVID-19 vaccine, which is expected to be submitted to regulators by the end of the year or early in 2021.

Earlier this year AstraZeneca was in discussions to acquire Gilead Sciences. About six years ago, Pfizer attempted to acquire AstraZeneca, but the company managed to avoid that takeover.

Alexion, on its part, was pressured to put itself up for sale. The company acquired Portola Pharmaceuticals in July for $1.4 billion, but was strongly opposed by activist investors Elliott Management Corp. Portola markets Andexxa/Ondexxya, the first and only approved Factor Xa inhibitor reversal agent, used to reverse the anticoagulant effects of Factor Xa inhibitors rivaroxaban and apixaban in severe and uncontrolled bleeding.

The deal for Alexion by AstraZeneca is a premium of about 45%. Some analysts think it undervalues Alexion, such as Geoffrey Porges with SVB Leerink. He wrote in a note to investors that Alexion shareholders could hold out for $200 per share or more cash.

“We believe that in the coming days and weeks the debate about this transaction will center on whether this is enough, and whether other bidders might emerge, rather than whether this was too much,” Porges wrote.

The deal has a fee of $1.2 billion if Alexion agrees to be acquired by another bidder, with AstraZeneca facing a $1.4 billion breakup penalty.

“For nearly 30 years Alexion has worked to develop and deliver transformative medicines to patients around the world with rare and devastating diseases,” stated Ludwig Hantson, Alexion’s chief executive officer. “I am incredibly proud of what our organization has accomplished and am grateful to our employees for their contributions. This transaction makes the start of an exciting new chapter for Alexion.”