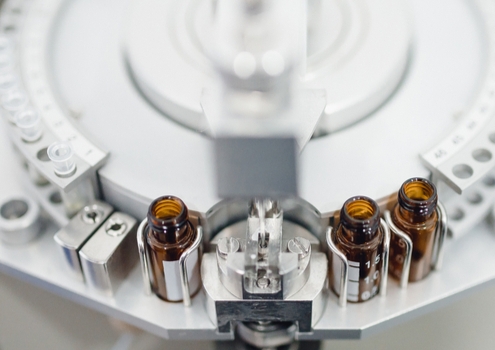 AstraZeneca Aims for 30 Million Doses of COVID-19 Vaccine for U.K. by September

The University of Oxford’s partnership with AstraZeneca on the development and distribution of Oxford’s COVID-19 vaccine is one of the leaders in this project. AstraZeneca reported it plans to manufacture as much as 30 million doses of the vaccine for the U.K. market by September, with expectations of 100 million doses by the end of the year. The U.K. would be the first country to get access to that vaccine, assuming it proves to be safe and effective.

In a statement today, U.K. Business Secretary Alok Sharma indicated the government was providing $79 million in funding. Another 18.5 million pounds will be provided to Imperial College London as human clinical trials progress.

Like most of the vaccines being developed, companies are working to scale up manufacturing in hopes that they will be proven safe and approved early, so they can be made and distributed globally as quickly as possible.

Oxford University’s Jenner Institute has a head start on the vaccine compared to most organizations, with the launch of a clinical trial of more than 6,000 people in May, showing not only that their COVID-19 vaccine is safe—typically the goal of smaller Phase I clinical trials—but effective, the goal of larger Phase II and Phase III clinical trials.

Their vaccine has been tested in six rhesus macaque monkeys at the National Institutes of Health’s Rocky Mountain Laboratory in Montana, that were then exposed to large volumes of the virus causing COVID-19. More than 28 days later, all six were still healthy.

One reason the Oxford group led by Adrian Hill, the Jenner Institute’s director, is ahead of the game is because Hill has spent most of his career on vaccine development, primarily on malaria. Jenner is one of the largest academic centers focused on nonprofit vaccine research. It even has its own pilot manufacturing plant that can make a batch of up to 1,000 doses. And as long ago as 2014, they had developed a template for mass production of the coronavirus vaccine, if it is effective, that could provide a million doses.

Once the pandemic hit, Hill put all the current work on other vaccines into storage and pivoted the institute’s resources and talent on COVID-19. Their vaccine alters the genome of a familiar virus, modifying it first to neutralize any disease effects and then force it to mimic the SARS-CoV-2 virus that causes COVID-19. Once injected, this “impostor” stimulates the immune system to battle and kill the COVID-19 coronavirus.

One of Hill’s colleagues at Jenner is Sarah Gilbert, who had been conducting work on another coronavirus, MERS. She had been conducting clinical trials of a vaccine against MERS, which is still common in Saudi Arabia. Once the genome of SARS-CoV-2 was published, she believed she had an opportunity to show how their approach could be both versatile and fast.

Part of the emphasis in today’s story is how AstraZeneca and the University of Oxford, while indicating the initial doses will be for the U.K.—which makes sense, in that both are in the U.K.— are concerned about assuring availability in poor and under-developed countries.

This issue has been exacerbated by March stories of President Trump allegedly attempting to acquire German biotech company BioNTech’s vaccine exclusively for the U.S. market. BioNTech is now partnered with U.S.-headquartered Pfizer on the vaccine program.

About a week ago, Paris-based Sanofi’s chief executive officer Paul Hudson indicated that the U.S. would have first access to its COVID-19 vaccine because of the significant financial support it is receiving from the U.S. government. This raised a furor in other countries, particularly France, where the company is headquartered, and the U.K., where its partner in the vaccine endeavor, GlaxoSmithKline, is located.

Sanofi is now backing away from the pledge, where Hudson had said that because of the U.S.’s Biomedical Advanced Research and Development Authority (BARDA), part of the Department of Health and Human Services (HHS), funding, “The U.S. government has the right to the largest preorder because it’s invested in taking the risk.”

Although the statement at the time seemed fairly logical, Europeans did not see it that way. The office of French President Emmanuel Macron stated a vaccine is “a global public good, which is not submitted to market forces.”

The country’s Prime Minister Edouard Philippe tweeted, “Equal access for all to vaccine is not negotiable.”

Leaders from all over the world met for a virtual summit on Monday, May 4 to pledge billions of dollars to fund development of a vaccine against COVID-19, the disease caused by the novel coronavirus SARS-CoV-2. Noticeably absent was the United States.

The goal of the summit was to raise an initial $8.2 billion and to coordinate the development of vaccines that can then be equitably distributed around the world, including to poorer companies. Although China skipped the initial meeting, it had a presence at the May 4 meeting. Russia and India also did not participate.

President Trump’s Operation Warp Speed has a goal of making 100 million doses of a vaccine against COVID-19 available by November, 200 million by December and 300 million by January 2021. This aggressive and perhaps overly optimistic target has winnowed a possible 93 vaccine programs to 14 top candidates, which they expect will be further narrowed to six or eight.

In the U.S., Moderna today released positive interim Phase I data from its clinical trial of mRNA-1273, its mRNA vaccine against SARS-CoV-2, the novel coronavirus that causes COVID-19. The vaccine furthest along in human trials, showed positive results for both efficacy and safety, overall. So far, the data is very promising, both in its effectiveness and safety, although it’s very early for the safety data. On May 1, the company announced it had partnered with Switzerland’s Lonza on a 10-year strategic collaboration for larger scale manufacture of mRNA-1273, as well as other future Moderna projects.

As part of its scale-up efforts, the U.K. government indicated a vaccine production plant will open in the summer of 2021. The government provided 131 million pounds to accelerate development. The U.K. Vaccine Manufacturing and Innovation Center will have capacity to manufacture 70 million vaccine doses within four to six months of opening the permanent site at Harwell campus in Oxfordshire. It is a non-profit partnership between the University of Oxford, Imperial College and the London School of Hygiene and Tropical Medicine.