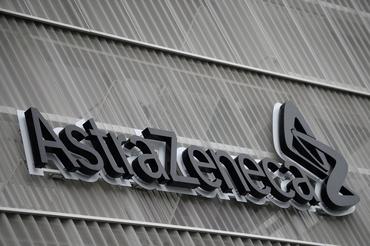 (Reuters) – AstraZeneca and Amgen’s experimental drug reduced asthma attacks in patients with severe and uncontrolled forms of the respiratory condition in a large study, showing promise for wider use against different triggers.

The medicine, tezepelumab, cut the rate of asthma attacks by 56% among patients when compared to placebo in a year-long late-stage study, which had roughly 1,000 patients who were already receiving standard care, the drugmakers said on Friday.

It also worked in a subgroup of volunteers with low levels of eosinophils, a type of white blood cell, detailed data presented at a virtual meeting of the American Academy of Allergy Asthma and Immunology showed.

The drug cut the risk of exacerbations by 70% in patients with more than or equal to 300 eosinophils per microlitre of blood, which is the baseline, by 41% in those with less than 300 cells, and 39% with less than 150 cells.

Eosinophils are associated with swelling and narrowing of airways that could make asthma attacks worse. The respiratory condition can be triggered and turn severe by many factors, including eosinophil count and allergies.

Tezepelumab works by blocking a type of immune protein called TSLP, found in the linings of the lungs. TSLP belongs to the cytokine group responsible for sounding an alarm to the body’s immune system and can also trigger inflammation.

The biologic drug, if approved, will compete with AstraZeneca’s own Fasenra and Regeneron’s Dupixent.

AstraZeneca’s Fasenra, which garnered almost $1 billion in sales last year, is a strong contender in the market to treat severe eosinophilic asthma, but tezepelumab would help the company branch out to treat non-eosinophilic patients.

“Alongside Fasenra, we think that having two really strong complimentary, robust biologics in this space will actually expand use in eligible patients,” Richard Marshall, global head of late respiratory and immunology at AstraZeneca told Reuters.

AstraZeneca’s Marshall said the study results will form part of regulatory submissions expected in the first half of 2021.

Roughly 339 million people suffer from asthma worldwide, 10% of whom have severe forms of the condition.

Reporting by Pushkala Aripaka in Bengaluru and Deena Beasley in Los Angeles; additional reporting by Ludwig Burger in Frankfurt; Editing by Shinjini Ganguli