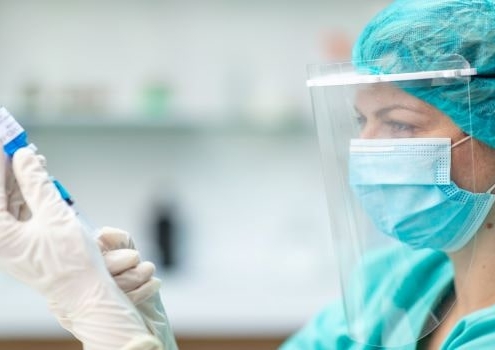 The United States now has two authorized vaccines in its arsenal against the novel coronavirus and additional preventative medications are expected to come on line within the next few weeks and months. The same is true across the globe, even as a more virulent strain of COVID-19 moves across Europe.

The United Kingdom, which was the first to grant authorization to the vaccine developed by Pfizer and Moderna, is expected to give the green light to the vaccine developed by AstraZeneca and Oxford University this week. Reports pouring out of England indicate the government is poised to authorize the vaccine and begin dosing citizens as soon as possible, CNBC reported this morning. The AstraZeneca-developed vaccine is expected to ramp up that nation’s ability to fight COVID-19 and inoculate a greater number of citizens. So far, the United Kingdom has been able to provide about 600,000 doses of the Pfizer vaccine, CNBC said. 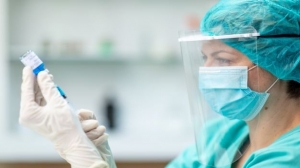 There has been some confusion over how much protection the AstraZeneca vaccine provides against the virus. Study data shows the vaccine candidate is safe and effective against the novel coronavirus. However, its efficacy is quite a bit lower than the mRNA vaccine developed by Pfizer and BioNTech, which has a 95% efficacy, and one developed by Moderna, which has a 94% efficacy. AstraZeneca’s efficacy is at 70.4%. During Phase III trials, one of the cohorts was administered one and a half doses, as opposed to two full doses. Vaccine efficacy in that cohort was up to 90%. The disparity is under investigation by the researchers. AstraZeneca Chief Executive Officer Pascal Soriot told CNBC he believes the company has figured out how to ensure the efficacy of his company’s vaccine “after two doses, is up there with everybody else.”

In Turkey, health officials are reporting another vaccine, one developed by China-based SinoVac, has an efficacy rate of 91.25%. However, the New York Times raised some concerns over this data. The paper reported the finding from the Turkish officials was “based preliminary results from a small clinical trial and none of the data was published in a journal or posted online.”

The Times reported the trial cited by Turkish health officials included 7,371 volunteers, but the data showing 91.25% efficacy was based on 1,322 participants. Additional data was not published. Turkey signed a deal with Sinovac for 50 million doses of the vaccine.

The news coming out of Turkey follows a report from Brazil that indicated the same vaccine was only showing an efficacy of 50%, the Times said. Sinovac has not provided public comment regarding either study.

The government of South Korea has signed agreements with both Pfizer and Johnson & Johnson for enough vaccine doses to protect 16 million of its residents, Reuters reported. South Korea Prime Minister Chung Sye-kyun said his government has a deal with Pfizer for 20 million doses of its two-shot vaccine, which will provide protection for about 10 million people. However, those doses are not expected to arrive in that country until the third quarter of 2021, Reuters said.

The South Korean government also inked a deal with Johnson & Johnson for enough doses to cover 6 million people. Johnson & Johnson’s vaccine is still in Phase III development. The company anticipates data from the ENSEMBLE study to be available in January and if the efficacy and safety are good, will seek authorization from world regulatory agencies shortly thereafter.

Unlike AstraZeneca’s candidate, or the two mRNA vaccines developed by the collaboration of Pfizer and BioNTech, as well as Moderna, J&J’s vaccine candidate is a single-dose treatment. J&J is conducting a separate Phase III clinical trial of a two-dose regimen of the vaccine candidate.

South Korea has also signed agreements with AstraZeneca and Moderna.