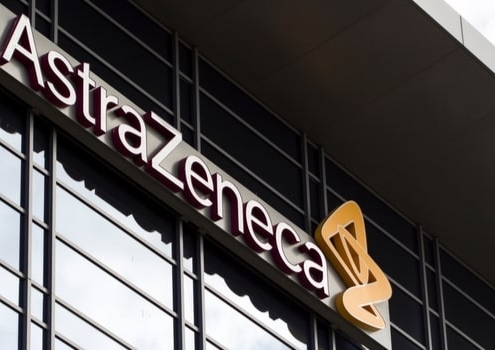 On Monday, AstraZeneca reported that the U.S. Phase III trial of the vaccine, AZD1222, demonstrated an efficacy of 79% at preventing symptomatic COVID-19 and 100% efficacy at preventing severe disease and hospitalization. The announcement was on interim analysis based on 32,449 participants in the trial reporting 141 symptomatic cases of COVID-19. Efficacy was consistent across all ethnicities and ages, and in participants 65 years of age and older, efficacy was 80%.

Less than a day later, the National Institutes of Health issued a statement concerning the Data and Safety Monitoring Board (DSMB) that is supervising the clinical trial, which had informed the National Institute of Allergy and Infectious Diseases (NIAID), the Biomedical Advanced Research and Development Authority (BARDA) and AstraZeneca “that it was concerned by information released by AstraZeneca on initial data from its COVID-19 vaccine clinical trial. The DSMB expressed concern that AstraZeneca may have included outdated information from that trial, which may have provided an incomplete view of the efficacy data.”

“The primary analysis is consistent with our previously released interim analysis and confirms that our COVID-19 vaccine is highly effective in adults, including those aged 65 years and over,” stated Mene Pangalos, executive vice president, BioPharmaceuticals R&D for AstraZeneca. “We look forward to filing our regulatory submission for Emergency Use Authorization in the U.S. and preparing for the rollout of millions of doses across America.” 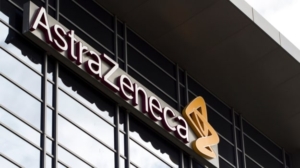 The company plans to also submit the primary data to a peer-reviewed scientific journal soon.

It’s not particularly unusual for regulatory agencies and sponsor companies to have disagreements over data. What is unusual is for the regulatory agency, or in this case, the National Institutes of Health, to publish a public announcement about it.

“AstraZeneca may have just been too hasty in submitting the earlier, incomplete interim analysis rather than waiting to analyze and submit the full dataset,” Julian Tang, a virologist at the University of Leicester, who was not involved in the research, told AP. He did not see where the updated data was substantially different from what was announced on Monday.

Stephen Evans, a vaccines expert at the London School of Hygiene and Tropical Medicine, also told AP that he was puzzled as to why this disagreement between AstraZeneca and the NIH went public.

“Given the details given here, it seems an unnecessary action to have raised concerns in public. Results fluctuate as data accumulate … what counts will be the FDA assessment and that will be done based on scrutiny of the full data and not press releases,” Evans said.

He added that any vaccine with an efficacy rate higher than 60% is useful. “This vaccine is so important for global health, and the disputes do not promote global health. At least in the short term, (this) will undermine confidence both in the U.S. and more importantly in the rest of the world.”

Anthony Fauci, who is director of NIAID, referred to the Monday release as “an unforced error,” although in retrospect, it’s not exactly clear if that refers to the AstraZeneca data release or NIAID’s publication of the DSMB’s criticism. At the time, it seemed to refer to AstraZeneca.

Eric Topol, director of the Scripps Research Translational Institute, told STAT that the new results were “better than expected” given the all-too-public disagreement, and said that he is “relieved since the world needs the vaccine badly.”

STAT also noted that there were eight cases of severe COVID-19 in the analysis, all of which occurred in the placebo group. That number sounds low, but statistically might be a bit higher because two-thirds of participants in the trial received the vaccine and only one-third received placebo. Nonetheless, eight is a very small number of cases to rely on for a solid conclusion about how protective the vaccine is against severe disease, pointing out that Moderna’s data had 30 cases of severe disease in their study.

Nahid Bhadelia, director of the special pathogens unit at Boston Medical Center, tweeted, “At this point, I will wait for the FDA submission packet just to avoid any further roller coaster rides.”

In related news, Health Canada, although it continues to support AstraZeneca’s COVID-19 vaccine, updated its label to include information on rare blood clots associated with the vaccine.

More than a dozen countries suspended deployment of the AstraZeneca-Oxford University vaccine after incidences of blood clots were reported. Per data received as of March 8, 17 million people in the European Union and United Kingdom have received the vaccine and there have been 15 cases of deep vein thrombosis and 22 cases of pulmonary embolism. Incidences were first reported in Denmark and Norway, who halted distribution, followed by Germany and France and other countries. Germany’s Health Minister Jens Spahn admitted it was a “very low risk” but would be above average if it was actually linked to the vaccine.

On March 14, AstraZeneca issued a statement, noting, “A careful review of all available safety data of more than 17 million people vaccinated in the European Union (EU) and UK with COVID-19 Vaccine AstraZeneca has shown no evidence of an increased risk of pulmonary embolism, deep vein thrombosis (DVT) or thrombocytopenia, in any defined age group, gender, batch or in any particular country.” In fact, the company pointed out, “This is much lower than would be expected to occur naturally in a general population of this size and is similar across other licensed COVID-19 vaccines.”

Health Canada indicated that it had not received any reports on blood clots in the country. The warning label tells people to seek immediate medical attention if they develop shortness of breath, chest pain, leg swelling, or persistent abdominal pain after receiving an AstraZeneca shot.

“Also,” the label says, “seek immediate medical attention if you experience after a few days severe or persistent headaches or blurred vision, or experience skin bruising or pinpoint round spots beyond the site of vaccination that appears after a few days.”

Health Canada also indicated it has evaluated the available data and determined that the AstraZeneca vaccine is not associated with an increased risk of thrombosis.