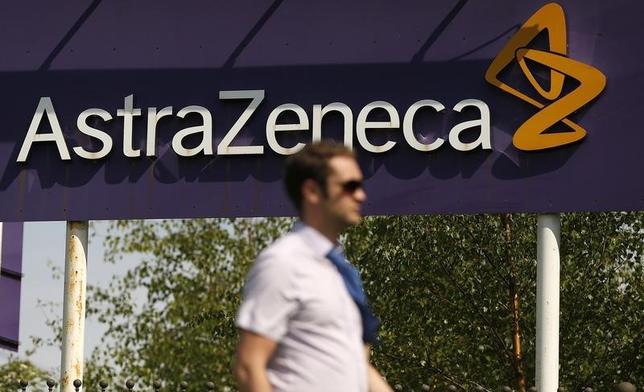 A man walks past a sign at an AstraZeneca site in Macclesfield, central England May 19, 2014.

A closely watched immune system-boosting drug cocktail from Britain’s AstraZeneca shows promise in advanced lung cancer, despite adverse side effects in a number of patients.

Researchers said on Wednesday that the combination of the experimental drugs MEDI4736 and tremelimumab had “a manageable safety profile with evidence of clinical activity, including in PD-L1 negative disease”.

The update was provided in a scientific summary, or abstract, released ahead of the annual meeting of the American Society of Clinical Oncology (ASCO) later this month.

MEDI4736 is an anti-PD-L1 therapy, which works by stopping a tumor’s ability to evade the body’s defenses. Tremelimumab blocks a different molecule, CTLA-4, that also keeps the immune system from attacking cancer.

Such immunotherapy drugs are widely tipped to revolutionize cancer care and analysts predict they will generate tens of billions of dollars in annual sales.

Safety, however, may be an issue, especially after results a year ago from a small study with a similar Bristol-Myers Squibb cocktail showed about half of patients experienced serious side effects.

In the case of AstraZeneca’s combination, 31 percent of 61 patients had adverse events rated as serious, or grade 3/4, and 18 percent had events that led to discontinuation of treatment, according to the summary of results as of Dec 4, 2014.

A total of 31 patients were assessed for efficacy, of whom 26 percent experienced tumor shrinkage and 35 percent had stable disease.

Because immunotherapy does not work for all patients, some experts have suggested focusing on people whose tumors test positive for a likely response. However, many of the patients assessed in the AstraZeneca study were PD-L1 negative and three of the 10 partial responses were reported in people with negative tumors.

Further data from the Phase Ib trial will be presented at the May 29 to June 2 ASCO conference in Chicago and AstraZeneca said it was increasingly confident MEDI4736’s potential “as a cornerstone for combination treatments”.

The company, which saw off a $118 billion takeover attempt by Pfizer last year, has already forecast that MEDI4736 could sell $6.5 billion a year, including its use in combinations.

It is eager to develop the two-drug cocktail as fast as possible and recently started final-stage Phase III clinical tests in non-small cell lung cancer patients who have received at least two previous different kinds of treatments.

U.S. cancer screening uneven, not up to targets 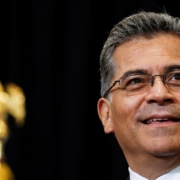