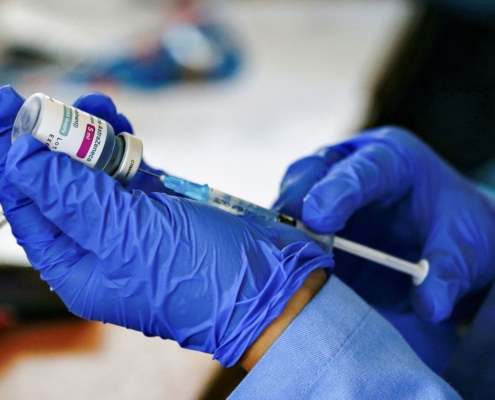 (Reuters) – AstraZeneca’s (AZN.L) COVID-19 vaccine still has market potential despite an expected global oversupply of shots and delays in the vaccine’s approval in the United States, its chief executive Pascal Soriot said on Friday. 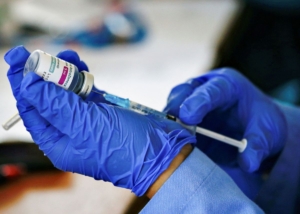 Soriot told reporters after AstraZeneca published its first quarter results that although the focus as now shifted to protection from severe disease in cases of COVID-19, AstraZeneca’s shot, which it developed with Britain’s Oxford University, is expected to offer durability.

“We believe this vaccine still has a potential, it’s very easy to administer and distribute,” he said, adding: “The volume in the future will be less because people probably will only need one booster per year and not everybody will take it”.

Soriot said that AstraZeneca’s move to make some profit for the vaccine, of which he said 2.9 billion shots have now been delivered, would also help.

AstraZeneca has started earning a modest profit on the vaccine, which was initially sold at-cost. But the British drugmaker has said it would continue to sell it to low-income countries on a non-profit basis.

The vaccine’s use in the European Union and Britain has diminished they have inoculated much of their populations and tend to prefer mRNA vaccines.

The vaccine has still not won approval for use in the United States, the world’s biggest pharmaceuticals market, and Soriot said AstraZeneca has been in talks with authorities there.

“We haven’t really made the final decision as it relates to (seeking approval of the vaccine there) but hopefully we’ll be able to reach a conclusion very soon,” he said.

The United States has asked for detailed data on AstraZeneca’s vaccine, while the country’s top infectious diseases expert has indicated that they may not need it after as a result of the country’s use of shots from Pfizer (PFE.N) and Moderna (MRNA.O).

Reporting by Pushkala Aripaka in Bengaluru and Natalie Grover in London; Editing by Alexander Smithh