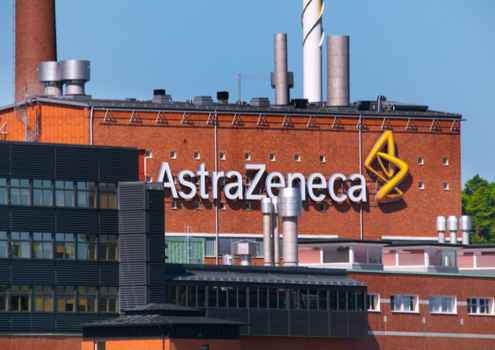 Alexion, acquired by AstraZeneca in 2021, received its latest supplemental New Drug Application (sNDA) approval for Ultomiris (ravulizumab-cwvz). The pharma behemoth issued a press release today sharing the news that the drug has been approved by the U.S. Food and Drug Administration to treat adults with generalized myasthenia gravis (gMG).

Ultomiris is the first long-acting C5 complement inhibitor drug to be approved to treat gMG, specifically in anti-acetylcholine receptor (AChR) antibody-positive patients. This population subset accounts for 80% of all gMG cases, and patients that are identified as antibody-positive can present with a wide range of severity. As an autoimmune neuromuscular disease, patients with the diagnosis experience intense fatigue, trouble speaking, swallowing, eating, and additional complications with vision and respiration.

The drug has been the focus of ongoing development efforts by Alexion. In response to the supplemental approval, Alexion CEO Marc Dunoyer said, “Since bringing forward thefirst complement inhibitor, we’ve continued to listen to the community and focused innovation on the needs of gMG patients. We’re proud to deliver on this commitment with today’s approval. Ultomiris, the only long-acting C5 inhibitor, will benefit a broader range of patients, including those with milder symptoms. As presented at the 2022 American Academy of Neurology Annual Meeting, Ultomiris has demonstrated clinical benefit through 60 weeks, with treatment every eight weeks, compared to Soliris every two weeks.”

The approval follows Phase III Champion-MG (NCT03920293) results that demonstrated robust efficacy in patients with generalized myasthenia gravis (gMG). Overall, patients tolerated the treatment well and showed improved muscle strength and quality of life at the 60-month mark. Data published in the Nfournal of Medicine Evidence showed that Ultomiris significantly increased the magnitude of mean changes from baseline to week 26 versus placebo. Improvements identified on both the Myasthenia Gravis–Activities of Daily Living [MG-ADL] scale and in clinician-reported Quantitative Myasthenia Gravis [QMG] total scores were seen within 1 week of the drug’s initiation and sustained through week 26.

As Alexion explored further treatment indications, not all were successful. The Phase III Champion-ALStrial evaluating efficacy in patients with amyotrophic lateral sclerosis (ALS) was terminated last year after failing to meet expectations at interim analysis. Regarding the setback, senior vice president and head of development Gianluca Pirozzi, M.D., Ph.D., remained focused on the future of Ultomiris. “We continue to be confident in the potential of targeting C5 for complement-driven diseases and remain fully committed to our efforts to serve the rare disease community,” Pirozzi said. The confidence proved accurate. 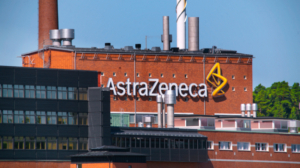 Applications to approve the commercialization of Ultomiris as a treatment of gMG in AChR antibody-positive patients have also been filed with the European Union (EU) and Japan.

The drug has accumulated approvals for other indications, including for the treatment of paroxysmal nocturnal hemoglobinuria (PNH) in infants over one-month-old in the U.S., Japan, and EU. The FDA has also approved Ultomiris as a treatment of atypical hemolytic uraemic syndrome (aHUS).

U.S. FDA pushes ahead with move to ban menthol cigarettes
Scroll to top