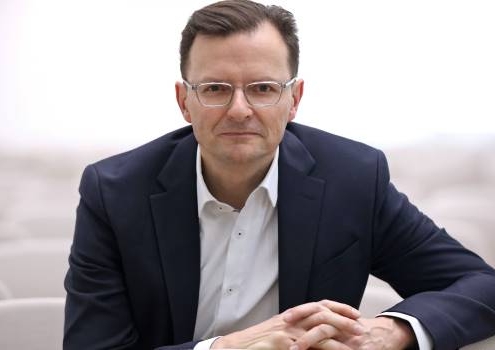 When AstraZeneca presented positive updated results from the Phase III ASCEND study of CALQUENCE® (acalabrutinib), it marked an important milestone for the company as the jewel in the crown of what it hopes will become a significant hematology portfolio. That study was significant for patients, too, because it represented a landmark 36 months of follow-up in chronic lymphocytic leukemia (CLL), which is considered an incurable disease.

“CLL is the most common leukemia in adults and is a disease patients can live with for quite some time (even a decade) with treatment, so it’s very important to suppress the occurrence of the disease as long as possible,” Niko Andre, M.D., Ph.D., global franchise head for hematology and immuno-oncology at AstraZeneca, told BioSpace.

“Data we presented at the American Society of Hematology (ASH) Annual Meeting & Exposition showed CALQUENCE reduced the risk of disease recurrence by 71% compared to the standard chemotherapy or immunotherapy (the investigator’s choice of rituximab combined with either idelalisib or bendamustine),” he noted. “This was the first trial to do that.” CALQUENCE also is less toxic and is administered orally, both of which confer significant value to patients.

“CALQUENCE is the premier drug for AstraZeneca in the hematology space. In oncology, we have a significant, if not unprecedented, portfolio of drugs in the clinic, mostly in solid tumors. CALQUENCE was the first strong success in the hematology area,” Andre said.

“Hematology is a critical area to be investing in, and we are passionate about it,” Andre said. CALQUENCE is involved in more than 20 company-sponsored clinical trials, with an emphasis on the treatment of B-cell blood cancers. In addition to the lead programs in CLL and MCL, the drug is being evaluated as a treatment for diffuse large B-cell lymphoma, Waldenström’s macroglobulinemia, follicular lymphoma and other hematologic malignancies.

“This is a high-risk area, but we are blessed with organization backing,” he said, not only to perform the scientific tasks but also to recruit global thought leaders from leading academic institutions to head the hematology group. “It’s wonderful to see scientists combining their scientific and clinical know-how with our development and operational skills to deliver meaningful medicines.”

CALQUENCE is approved in the US and in a total of 72 countries for CLL and 35 countries for mantle cell lymphoma (MCL). Now AstraZeneca is conducting the necessary studies to expand its use to additional indications. “Bruton’s tyrosine kinase (BTK) inhibitors are effective at suppressing malignancies and proliferation in B-cells, so CALQUENCE should be promising in a great variety of diseases,” Andre noted. 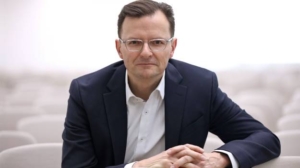 Naturally, the company is prioritizing those indications in anticipation of a steady stream of roll-outs in coming years. “We have an ongoing trial looking at diffuse large B-cell lymphoma and MCL (the ECHO study), as well as a variety of early development programs involving combinations with new biological assets that are entering early phase research.” Some of these studies are collaborations.

“So far, some 20,000 patients worldwide have been treated with CALQUENCE,” Andre said. “We’re seeing rapid clinical uptake because, when physicians have this drug and can compare their outcomes against what they used previously, they see their patients are doing better and experiencing fewer side effects.”

Andre said patients – particularly in CLL – find CALQUENCE easy to use and better tolerated than the standard of care, with less serious bleeding, less hypertension and fewer cardiac effects. “This medicine is about to completely replace previous standards,” he predicted.

AstraZeneca is working closely with patient communities, too, to share this data. “We have so much data from long-term follow-ups that physicians, patients and their families can solidify their trust in the compound. That’s critically important.”

Going forward, AstraZeneca plans to continue to generate data to enable additional learnings. “We’re also looking at further improving the formulation, going from a capsule to a tablet, for instance, which is easier for patients to swallow,” Andre added. The company continues to look for ways to better manage side effects and otherwise improve the patient experience.

AstraZeneca also recently received emergency use authorization in the U.S. for Evusheld, (tixagevimab co-packaged with cilgavimab). This long-lasting antibody gives immunity against SARS-CoV-2 viral infections. “It’s important for those with compromised immune systems,” Andre said.  Phase III data showed it was 83% effective at reducing the risk of developing symptomatic COVID-19 infections at six months, and that is protects against strains of the virus, including Delta and Mu. In vitro work suggests it also will be protective against Omicron