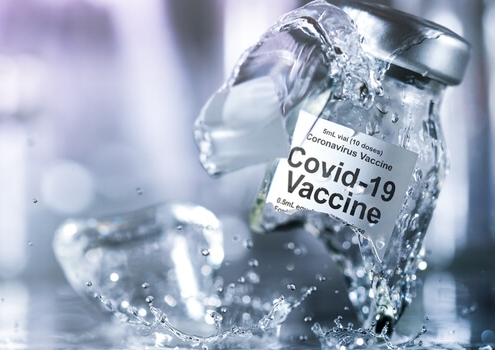 The U.S. government has financially backed the development of six different vaccine candidates aimed at the novel coronavirus. Although billions of dollars have been appropriated to the pandemic, at least four of those potential preventative treatments are predicted to fail in the clinic.

This morning, CNBC cited a draft report from the National Academies of Sciences, Engineering, and Medicine that lays out the plans for the distribution of potential vaccines supported by the federal government’s Operation Warp Speed. In the draft report, the organization speculated the failure of four of the trials largely due to the difficulties of developing vaccines.

Citing a study in the journal Biostatistics, the organization noted that only about 33% of vaccine candidates successfully make it through clinical trials and on to regulatory approval. The vaccine candidates typically falter in Phase III trials when the experimental drug is provided to thousands of patients. Phase III designs for vaccine candidates backed by Operation Warp Speed, which include Pfizer, Moderna and AstraZeneca, call for the coronavirus vaccine to be administered to 30,000 healthy volunteers. That expected failure rate is why the government has been redundant in backing multiple vaccine candidates over the past several months.

Early clinical data for the vaccine candidates are positive, with each of the companies reporting the presence of antibodies and, in the case of AstraZeneca, T-cells in patients who received the experimental drug in Phase I studies.

The U.S. Food and Drug Administration (FDA) has set an efficacy threshold of 50% for a vaccine against the novel coronavirus, which has infected more than 25 million across the globe, including more than 6 million in the United States.

The White House has been hawkish on the development of a successful vaccine. During the acceptance speech for his party’s nomination for president, President Donald Trump predicted a vaccine could be available to the public by the end of the year. In his convention speech, Trump did not provide details as to which vaccine candidate under development could potentially be approved by the end of the year.

There have been rumors the U.S Food and Drug Administration could grant an Emergency Use Authorization to one of the vaccine candidates being supported by Operation Warp Speed due to political pressure. However, FDA Commissioner Stephen Hahn has promised that approval of a vaccine would only be granted if the data supports the FDA’s threshold of 50% efficacy against SARS-CoV-2, the virus that causes COVID-19. In a statement on Twitter last week, Hahn speculated that the agency’s vaccine advisory committee could meet in October to begin assessing safety and efficacy data ahead of a potential approval. He added that the committee’s recommendations are not binding and the general public will be able to see the vaccine data ahead of any regulatory action during the advisory process.

Dr. Anthony Fauci, the director of the National Institute of Allergy and Infectious Diseases who has become the leading scientific voice in the government’s response to the pandemic, told CNN this morning that it is possible a vaccine trial could be halted early, but that’s only if the Independent Data and Safety Monitoring Board highlight extraordinarily positive data during an interim analysis. Fauci said he places a great deal of trust in the independent monitoring committees because they are not government employees and have high standards regarding scientific data.

“If you are making a decision about the vaccine, you’d better be sure you have very good evidence that it is both safe and effective,” Fauci told CNN. “I’m not concerned about political pressure.”