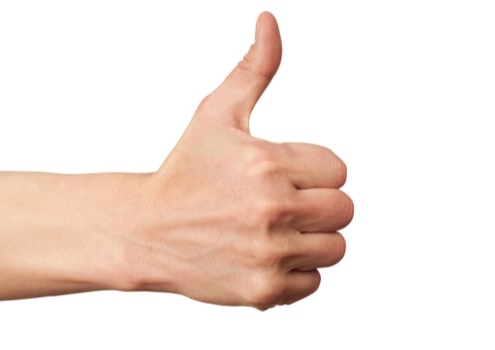 NSTI is commonly referred to as “flesh-eating disease” or “flesh-eating bacteria.” It is a serious infection that is able to travel fast from the site of the infection and often requires rapid surgery to remove dead and infected tissue to stop more progression or amputation. In the most serious cases, acute inflammation can cause systemic organ failure in the heart, lungs or kidneys. The best current standard of care includes surgical debridement—cleaning out the wound and cutting away infected tissue—broad spectrum antibiotics and supportive intensive care, and even then multi-organ failure is common.

According to hospital discharge data, there about 30,000 cases of NSTI in the U.S. each year, with similar numbers in Europe.

Reltecimod is a synthetic peptide antagonist of both superantigen exotoxins and the CD28 T-cell costimulatory receptor. The drug is designed to modulate the body’s acute inflammatory response, instead of just blocking or inhibiting it. The idea is to assist in controlling the cytokine storm, an immune overreaction, found in NSTI.

The FDA has granted the drug both Fast Track status and orphan drug designation. The European Commission granted it orphan designation.

“Patients with NSTI are critically ill and could greatly benefit from a treatment option designed specifically for their condition,” said Eileen Bulger, chief of Trauma at Harborview Medical Center, Professor of Surgery at the University of Washington, and Principal Investigator for the ACCUTE trial. “Reltecimod has the potential to significantly advance the standard of care for NSTI by addressing a major unmet medical need for these complex and challenging patients and appears to be well tolerated.”

The data from the trial demonstrated a significant difference in the proportion of patients given reltecimod who achieved resolution of organ dysfunction or failure by Day 14 compared to the percent of patients who received placebo. Resolution of organ dysfunction by Day 14 is seen in the literature and in the trial appeared to have a positive effect on 90-day mortality.

Because this was the first pivotal trial ever conducted on NSTI, the company developed a necrotizing infection clinical composite endpoint (NICCE), which provided an endpoint to assess both the local and systemic aspects of NSTI and also included a measurements of resolution of organ dysfunction or failure.

Based on the data and discussions with the U.S. Food and Drug Administration (FDA), Atox plans to submit a New Drug Applciation (NDA) to the agency in the third quarter of this year under the Accelerated Approval Pathway.

“Successful completion of the ACCUTE trial is a major milestone for Atox Bio that reinforces our commitment to patients with NSTI,” said Dan Teleman, chief executive officer of Atox Bio. “This is a potentially life-threatening condition with significant morbidity and long-term mortality that has no FDA-approved treatment. Reltecimod has been designed to modulate rather than completely suppress acute inflammation that can lead to a dysregulated immune response and we are actively working to bring this important new potential therapy to patients.”

Typically, NIST is caused by Vibrio vulnificus, a bacteria found naturally in ocean waters, but it can grow in summer periods when the water is warmer. It can be caused by other species of bacteria as well. According to an article published in 2014, “Varying amounts of early or late systemic toxicity depend on the strain of bacteria and toxins produced. Once symptomatic, the progression of the disease is typically measured in hours; early diagnosis and treatment are crucial to survival.”

Although very rare, with some sources saying only 1,000 annually in the U.S., the incidence does appear to be increasing. Some of it might be increased awareness, increased bacterial virulence, or increased antimicrobial resistance.