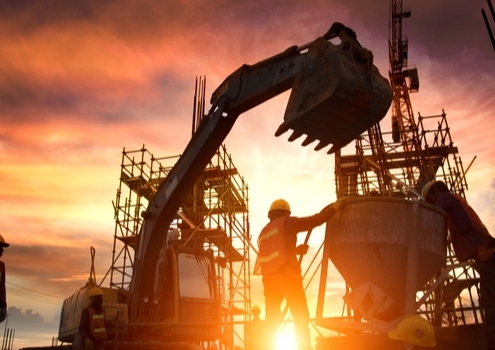 The company is investing $109 million in a new 135,000-square-feet facility, with the initial phase to take place over about 18 months. It is planned to go into operation in 2021. It is expected to create more than 200 new jobs in Lee County, North Carolina. Hiring is expected to start this year.

“Our investment in large-scale manufacturing has always been a cornerstone of our strategy to develop and ultimately deliver our important genetic medicines to patients as rapidly as possible,” said Natalie Holles, president and chief executive officer of Audentes. “This new facility in Sanford will support the next phase of our growth as we establish a robust, global supply chain and expand our therapeutic and geographic scope as a part of the Astellas group of companies. We are excited to join the vibrant biopharmaceutical research and manufacturing community that the state of North Carolina has established.”

Audentes is headquartered in San Francisco and focuses on gene therapy. It was acquired by Tokyo-based Astellas Pharma in January.

No specifics were given about what the site will manufacture. In October 2019, Audentes announced positive data from ASPIRO, the clinical trial of AT132 in patients with X-Linked Myotubular Myopathy (XLMTM). AT132 is an AAV8 vector that contains a functional copy of the MTM1 gene. XLMTM is a serious, life-threatening, rare neuromuscular disease marked by extreme muscle weakness, respiratory failure and early death.

The company indicates it hopes to submit a Biologics License Application (BLA) for AT132 to the U.S. Food and Drug Administration (FDA) later this year.

An announcement ceremony was held in the industrial shell building the company is buying in the Central Carolina Enterprise Park. It is about 45 miles southwest of Raleigh.

Gov. Roy Cooper stated, “With our powerhouse research centers and highly skilled workforce, biotech pioneers recognize North Carolina’s role as a leader in the life sciences. Lee County is a perfect fit for Audentes as they seek to become a global leader in genetic medicines.”

The employees at the new factory are expected to earn an average salary of $83,900, which is a little over twice the Lee County average of $41,800. If Audentes hits hiring milestones, it will qualify for a state Job Development Investment Grant worth up to $3.7 million.

The county and the city of Sanford are also offering $5.7 million incentives, which includes almost $400,000 in training support from the North Carolina Community College System.

Audentes chose the location over California, Massachusetts and Colorado.

“In every interaction, I was impressed with Audentes’ patient-centric approach to developing their AAV-based gene therapy to transform the lives of affected patients and families,” said Laura Rowley, NCBiotech’s director of life science economic development. She led the Center’s outreach activity with Audentes. “Their decision to grow in North Carolina reflects the Research Triangle region’s specialized training capabilities and strengths in gene therapy and biomanufacturing. The passion and focus of the Audentes team makes me confident that they will be an outstanding addition to North Carolina’s gene therapy community.”

Audentes is acting as the Center of Excellence for Astellas’ newly founded Genetic Regulation Primary Focus.

The site of the new plant is quite close to Pfizer’s new gene therapy campus, which is under construction. That $600 million research and manufacturing facility has a 230-acre campus in Sanford and will employ 340 people.