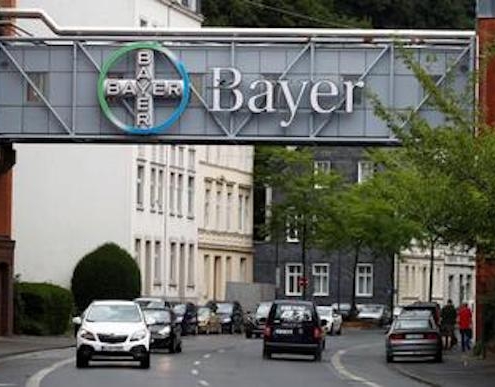 FRANKFURT (Reuters) – Bayer said on Tuesday it had secured the rights to an experimental breast cancer drug developed by U.S. biotech firm Systems Oncology LLC in a deal worth up to $370 million.

Systems Oncology will receive $25 million upfront and up to $345 million in payments that are contingent on development and commercial achievements, as well as royalties on future global net sales, Bayer said in a statement.

The compound called ERSO, which has yet to be tested on humans, is designed to treat a common type of breast cancer known as estrogen receptor-positive (ER+).

FILE PHOTO: The logo of Bayer AG is pictured at the facade of the historic headquarters of the German pharmaceutical and chemical maker in Leverkusen, Germany, April 27, 2020. REUTERS/Wolfgang Rattay/File Photo