(Reuters) – Bayer AG won its first trial over claims its Roundup weedkiller causes cancer after a California jury found that the herbicide was not a substantial cause of a child’s rare form of non-Hodgkin’s lymphoma, the company said on Tuesday.

Destiny Clark alleged that her son Ezra developed Burkitt’s lymphoma after he was exposed to Roundup which she sprayed on weeds at the family residence.

Clark sued Monsanto, which is owned by Bayer (BAYGn.DE), for failing to warn her of the cancer risks of using Roundup.

The verdict is the fourth involving Roundup and the first in the company’s favor.

Roundup-related lawsuits have dogged Bayer since it acquired the brand as part of its $63 billion purchase of agricultural seeds and pesticides maker Monsanto in 2018.

Bayer said in a statement the verdict was consistent with decades of science and research showing the safety of glyphosate, the main ingredient in Roundup.

“While we have great sympathy for Ezra Clark and his family, the jury carefully considered the science applicable to this case and determined that Roundup was not the cause of his illness,” the company said.

An attorney for Clark said they will consider an appeal.

“We’re disappointed for the boy and his family,” said Fletcher Trammel. “We have multiple Roundup cases set across the country over the next year and look forward to trying them.” 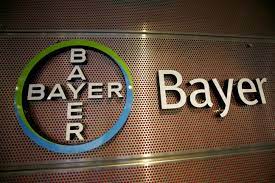 Logo of Bayer AG is pictured at the annual results news conference of the German drugmaker in Leverkusen, Germany February 27, 2019. REUTERS/Wolfgang Rattay/File Photo

Two of the other three verdicts are still being appealed by Bayer, including one the company hopes will be considered by the U.S. Supreme Court, where a ruling for Bayer could effectively end the Roundup cases. read more

In May, a federal judge rejected Bayer’s plan to resolve future cases, which would have provided compensation but limited the ability of individuals to sue. read more