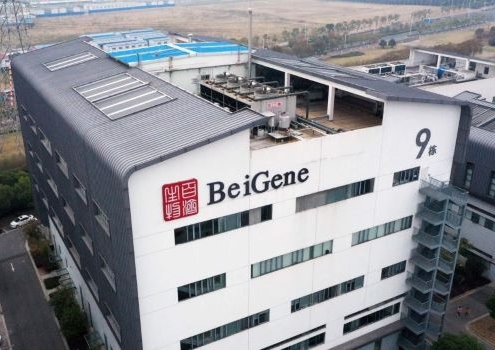 Shares of BeiGene Co. are climbing in premarket trading after the company announced the U.S. Food and Drug Administration (FDA) greenlit Brukisna (zanubrutinib), a Bruton’s tyrosine kinase (BTK) inhibitor, for the latest disease condition. Specifically, Brukinsa was approved for MZL patients who have received at least one anti-CD20-based regimen.

BTK plays a critical role in B-cell receptor signaling, which is a driver in MZL. The therapeutic was designed to deliver complete and sustained inhibition of the BTK protein by optimizing bioavailability, half-life, and selectivity. For this indication, Brukinsa was greenlit under accelerated approval based on the overall response rate from the Phase II MAGNOLIA study. Continued endorsement in this indication could hinge on additional clinical data from a confirmatory trial.

In addition to this indication and Waldenstrom’s macroglobulinemia, a form of non-Hodgkin lymphoma, Brukinsa was previously approved by the FDAas a treatment for mantle cell lymphoma.

Jane Huang, BeiGene’s chief medical officer of hematology, revealed that she was excited about the latest approval. She called it a “significant milestone” for previously treated marginal zone lymphoma patients. Huang also explained that data from the MAGNOLIA study provides additional evidence that Brukinsa can improve treatment outcomes in those patients. Data from the research showed Bruksina demonstrated strong overall response rates, as well as complete remission rates.

In the MAGNOLIA study, data showed the overall response rate was 56% and a 20% complete response rate based on a CT scan. However, when patients were assessed under a PET-CT scan, the numbers improved. 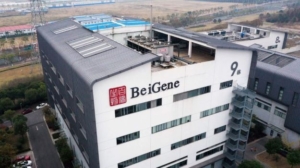 Using that measurement, the ORR was 67% and the CR rate was 26%. Median duration of response had not been reached by the follow-up time of 8.3 months. The company notes that 85% of patients who responded to the treatment were still in remission following one year. Notably, these responses were observed in all subtypes of MZL, the company said.

“The ongoing evaluation of Bruksina in its broad global clinical program will enable us to further understand this potentially best-in-class BTK inhibitor and its impact on patients. Since the initial FDA approval in November 2019, Brukinsa has been granted 12 approvals in four indications globally. We will continue to execute on our mission to improve access to innovative and quality treatments for cancer patients worldwide,” Huang said in a statement.