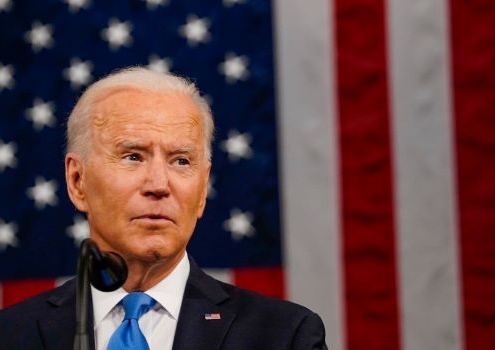 During his first State of the Union Address, President Biden noted that the pandemic has been a disruptive force on multiple levels, not only for the United States but the entire globe. Now, with the falling numbers and a plethora of tools, Biden said due to the progress that has been made, “COVID-19 need no longer control our lives.” Among his pledges is a plan to distribute Pfizer’s antiviral drug Paxlovid free of charge to people who test positive.

In his remarks before Congress and the nation, Biden pointed to four key ways to continue to mitigate the impact of the SARS-CoV-2 virus while continuing to move the country forward.

The president reiterated a call for vaccination against the virus. He noted that the available vaccines in the United States are effective and, when added with a booster, provide the “highest degree of protection.”

“We will never give up on vaccinating more Americans. Now, I know parents with kids under 5 are eager to see a vaccine authorized for their children,” Biden said. “The scientists are working hard to get that done and we’ll be ready with plenty of vaccines when they do.”

Biden did not mention the disappointing news regarding the Pfizer and BioNTech vaccine in children ages 5 to 11 that was announced this week. Data showed that the vaccine, which is a smaller dose than what teenagers and adults receive, was not effective against the Omicron variant that has driven infections in the most recent surge.

In addition to promoting vaccines, Biden also touted the recently approved antiviral developed by Pfizer, Paxlovid. Biden pointed to the efficacy of the antiviral medication that can reduce chances of hospitalization by nearly 90%. He said the government has ordered more treatments of Paxlovid than any other country in the world, which will be used to support the “Test to Treat” initiative that will allow people to get tested for COVID at a pharmacy and, if their test is positive, receive a treatment round of Paxlovid “on the spot and at no cost.”

“If you’re immunocompromised or have some other vulnerability, we have treatments and free, high-quality masks. We’re leaving no one behind or ignoring anyone’s needs as we move forward,” Biden said.

The president also noted that the government is making more free COVID tests available from covidtests.gov starting next week.

He urged people to continue to remain vigilant and take precautions when necessary, or if new variants of concern arise.

“I cannot promise a new variant won’t come. But I can promise you we’ll do everything within our power to be ready if it does,” the president said.

In addition to his COVID promises, Biden also continued to drive home his plan to lower prescription costs for medications covered by Medicare and Medicaid. He recalled a recent meeting in Pennsylvania with a father and son who both have type 1 diabetes. Both rely on insulin, which the president said costs about $10 to make one vial. But, he noted that patients who rely on the life-saving medication pay up to 30 times more than that. He called to cap the cost of insulin at $35 a month so patients will not have to ration the medication due to cost constraints.

“Imagine what it’s like to look at your child who needs insulin and have no idea how you’re going to pay for it. What it does to your dignity, your ability to look your child in the eye, to be the parent you expect to be,” Biden said during his address, according to a White House transcript. “Drug companies will still do very well. And while we’re at it, let Medicare negotiate lower prices for prescription drugs, like the VA (Veterans Administration) already does.”