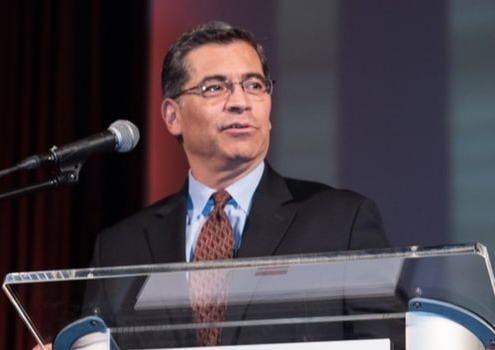 President-elect Joe Biden has tapped California Attorney General Xavier Becerra to serve as his first secretary of the Department of Health and Human Services (HHS). This nomination will place Becerra on the frontlines of the COVID-19 task force, with the initial herculean effort that will be vaccine distribution.

If confirmed by the Senate, Becerra would be the first Latino to hold the HHS position and the second Latino nominated for a spot in Biden’s “Big Six” Cabinet – State, Defense, Justice, Treasury, Homeland Security and Health and Human Services.

Becerra has an extensive political resume – 12 terms in Congress representing Los Angeles, then the past three years succeeding Harris as California’s attorney general. He led fights across the nation for access to healthcare, particularly focused on breaking down barriers for women’s medical services.

While Becerra has been an outspoken advocate for the controversial Medicare for all, a proposal Biden has explicitly rejected, a source close to the selection process said he would support the president-elect’s agenda to strengthen and preserve the ACA and not push for Medicare for all.

Believed to be a clear pick for Biden’s AG, some experts are a bit puzzled by the announcement and are reasoning the rationale behind the choice.

“Presumably he really liked the fact that Becerra had played a role in defending the Affordable Care Act. That was probably a big selling point. I presume that when Biden introduces him, you’re going to hear talk about that as part of the reason why,” said Lanhee Chen, Director of Domestic Policy Studies at Stanford University.

Leading medical groups even sent a letter to Biden, imploring him to appoint physicians to the open health care-focused positions within the White House. Signed by the American Academy of Pediatrics, American College of Physicians and three others, they wrote the country would be “well-served by the appointment of qualified physicians to serve in key positions critical to advancing the health of our nation.”

Yet in a time when the Latino community is suffering disproportionately in a global pandemic, perhaps having a fellow Latino at the forefront of the efforts will be reassuring to the communities, particularly when it comes time to distribute a vaccine to the skeptical masses. 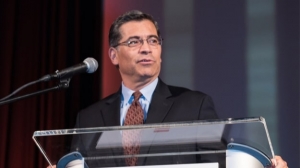 “Latinos are actually 4 times more likely to be hospitalized with COVID-19, a rate that is higher than any other racial ethnic groups. So if confirmed by the U.S Senate it would be a Latino who would be leading these important efforts,” said Christian Arana, Policy Director with the Latino Community Foundation.

Dr. Ada Stewart, president of the American Academy of Family Physicians and part of the group that sent the letter described Mr. Becerra as “a good choice” and “an experienced legislator and executive” — even as she conceded that her group would “prefer, of course, to have a physician in this position.”

“We’ve already seen his commitment to health and equity, and those things can’t be overlooked,” Stewart said.

Becerra comes from a working-class family with an immigrant mother, a foundation for his efforts to overhaul the nation’s immigration system. The first of his family to graduate college, he received his law degree from Stanford in 1984. Becerra’s term as California’s attorney general would expire in 2022.