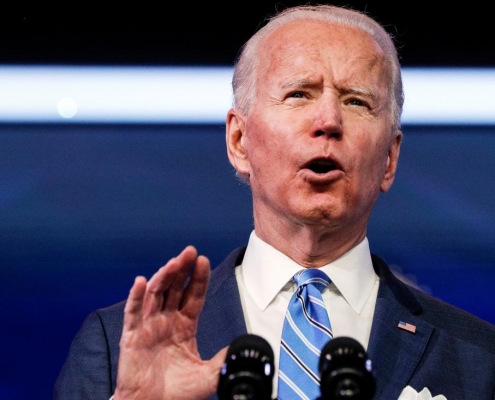 (Reuters) – President-elect Joe Biden’s plan to boost the COVID-19 vaccine rollout, including by spending $20 billion to create mass vaccination centers, should help speed up putting shots into the arms of millions of Americans, experts and officials told Reuters.

The Biden administration on Thursday revealed a nearly $2 trillion proposal to address the economic harm from the COVID-19 pandemic that included $20 billion for vaccine distribution and $50 billion for testing. It builds on the $982 billion COVID relief bill passed in December, more than tripling the funding allocated to state and local governments for vaccine distribution.

“The vaccine rollout in the United States has been a dismal failure thus far,” Biden said in a prime-time address. “This will be one of the most challenging operational efforts we’ve ever undertaken as a nation. We’ll have to move heaven and earth to get more people vaccinated.”

More than a month into the United States’ vaccination campaign, around 11 million Americans have been vaccinated – far short of the Trump administration’s initial goal of 20 million people by the end of 2020. Federal officials largely left states to manage distribution, resulting in wide variations in vaccination rates even as daily deaths hit new records.

Experts said that rapidly setting up vaccination centers and getting more shots to communities will be crucial if Biden is to reach his target of 100 million shots in the first 100 days, a promise he repeated on Thursday.

More infectious variants of the coronavirus have been found in the United States, adding to the need for rapid distribution.

“We’re at the peak of the surge of the epidemic and we’re in a race against time against these new variants. I think the game’s changed in terms of what the strategy needs to be,” Scott Gottlieb, former head of the U.S. Food and Drug Administration and Pfizer Inc board member, said in an interview. Pfizer and BioNTech SE and Moderna make the two vaccines being distributed in the United States.

Gottlieb said that pushing doses to multiple channels around the country, such as pharmacies and mass vaccination sites, would make it easier to reach a wider group of Americans and that it would be a mistake to rely on only one method of distribution. 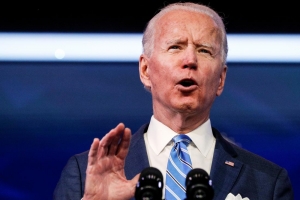 “The mistake we made was we relied on a single approach to how we were distributing” vaccines, he said. “We need to look at a lot of different approaches because certain people are going to be willing to go online, register, go to a big stadium, stand in line, and get a vaccine and certain patients won’t.”

This week, the Trump administration said they would release millions of doses they had held back for second shots, a move Biden previously indicated he also favored. It encouraged states to expand access to people 65 and older or with certain medical conditions.

Mass vaccination centers will hasten the rollout because residents will have a single, widely-known location, experts said.

They also tend to be closely connected to local governments and nonprofits, which can be an asset when contending with local factors, including hesitancy to take the vaccine or lack of health insurance.

“We have to move vaccination into the community and nearer to patients with mass vaccination sites and community vaccination units which will allow people to more easily access the vaccine,” said Amesh Adalja, a senior scholar at the Johns Hopkins Center for Health Security.

Local public health officials told Reuters that mass vaccination centers have been effective once up and running, but they have been difficult and expensive to set up and staff.

Alan Harris, an emergency manager for Florida’s Seminole county, said local centers including a mobile clinic have already vaccinated about 10% of the county’s residents over 65.

Trump’s top health official Alex Azar said earlier this week that the administration will encourage states to set up more clinics but did not comment on funding. The administration says it expects to reach 1 million shots per day by the end of next week.