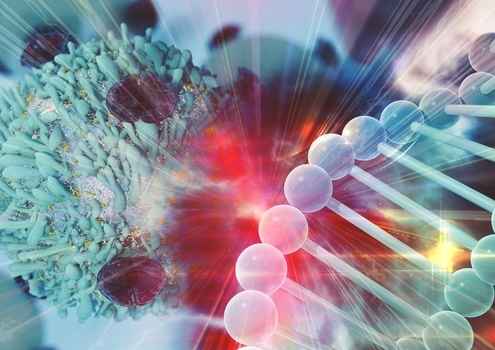 BIO 2020: Cell and Gene Therapies Will Dominate Medicine in 30 Years

One day, cell and gene therapies will be as common as small molecules and antibody-based therapies are today, according to panelists at BIO’s June 8 virtual session, “The Next Generation of Medicine: Cell Therapies, Gene Therapies and Beyond.”

Because cell and gene therapies have the potential to address complex biological issues such as dysregulation, translocation and mutations, they can use that power to change what the body is doing.

“So, while small molecules and antibody therapies will still be around 30 years from now, they will be less important. Cell and gene therapies will dominate,” James Sabry, global head of pharma partnering at Roche, said.

In focusing on the future of healthcare, Roche is investing in small company innovation. Its deals with Spark Therapeutics and Adaptive Biotechnologies are prime examples of what it seeks to achieve 10, 20 or even 30 years from now.

“We’re interested not just in the incremental improvements of antibody therapies or small molecules, but in identifying what could be the therapeutic modalities that will dominate the landscape,” Sabry said.

Spark is validating its gene therapy platform approach with the goal of using it against many more complex diseases.

“Assuming a long time frame, one could even imagine using the body as a factory for making antibodies,” Sabry said. Essentially, it could be possible to one day turn tissues into biofactories.

Adaptive Biotechnologies has taken its approach to immune-drive medicine from diagnostics into therapeutics.

“The immune system doesn’t make the distinction between therapeutics and diagnostics the way we do,” said Harlan Robins, CSO and co-founder, Adaptive Biotechnologies.

His company focuses on T and B cell receptors, which bind to either pathogens or parts of pathogens, or, in the case of cancer, to mutated pieces of genes.

“That binding is how the immune system discovers there’s a problem, and it’s also is how it initiates an immune response,” Robins said. Therefore, the same molecule is the diagnostic and targeting molecule. What’s distinct, he said, “is the horsepower needed to move a therapeutic along in terms of development. Development for therapeutics is much more intense” than for diagnostics. In this case, its partner Roche is providing the horsepower.

Next generation vectors are another hurdle to surmount in advancing cell and gene therapies to the next level, where they may tackle more complex diseases.

“There are still enormous opportunities to use (our viral capsid) delivery vehicle for nucleic acids to make them more specific,” Mingozzi said. “There are a lot of ways to make AAVs more potent and drive expression of the therapeutic gene and then make it more controllable.”

Improving the delivery platform will open it to new indications.

Eventually, adenoviral vectors (AVVs) likely will be replaced with more efficient (but not yet determined) delivery systems.

“If you think about vectors as a delivery system and a genetic payload, you begin to think that are other ways to getting genetic material into a body,” Sabry added.

Exosomes are one possibility, but the future may offer a library of different delivery mechanisms.

“Imagine going in and removing a disease gene and replacing it with a normal gene,” he said. Tight targeting could integrate it at the specific location of the disorder gene. “It’s not out of the realm of the possible.”

The limitations of “how to soup-up the genetic manipulations,” have not yet been reached, panelists agreed. But there are a lot of barriers. Targeting, especially in cancer, remains a hurdle. To overcome that, Robins suggested making the cells themselves more powerful, but acknowledged safety concerns.

Another approach is to tailor cell therapies specifically to each patient, essentially redefining the meaning of personalized medicine by making therapies for individuals in real time. This necessitates considering not just the cells and the targeting mechanisms, but the integrated and interrelated networks the cells form.

Sabry suggested that “Once we start to reestablish normal immune regulation, some of the concerns we have now about having cell therapy either too powerful or not powerful enough will go away.” The reason, he said, is that you will be using the “regular, nuanced regulatory systems that exist within the immune system to regulate its power and amplitude.”

Achieving the future these panelists envision for cell and gene therapies requires companies to take risks. Currently, big pharma does that largely by partnering with or acquiring smaller, innovative companies. In acquisition, though, there is another risk: that the smaller company will be subsumed and lose its innovative drive and, thus, the very reason it was acquired. Therefore it’s important, Sabry insisted, that innovative companies operate independently, like Genentech and Spark, which both were acquired by Roche.