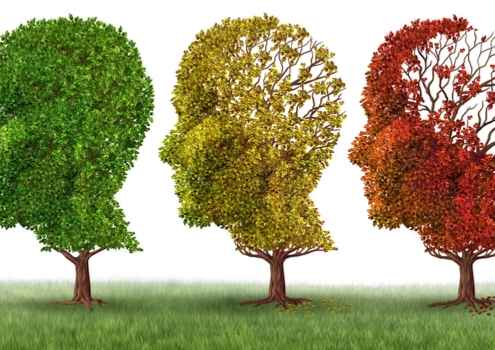 Biopharmaceutical companies need to look beyond the usual targets when addressing neurodegenerative disorders and also must work to correlate genetic changes to cognitive changes in patients, according to panelists at BIO’s on-demand session, “Battle of the Brains: Rethinking Neurodegenerative Disease Treatment.”

Among the many challenges is the fact that Alzheimer’s disease and many other neurodegenerative diseases develop slowly.

Therefore, the panelists are wrestling with how to identify and treat patients early and whether to look at individual pathways or develop a polypharmacologic approach involving multiple pathways.

“We believe that, as with cancer, you have to hit several areas with, maybe, a combination of therapies,” Elizabeth Jeffords, chief commercial and & strategy officer at Alkahest, said. “Our approach is to look at the plasma proteome to understand which proteins change with age and, among them, which are important biological drivers – not just reporters – for neurodegenerative diseases.”

One of the challenges in developing neurodegenerative drugs is the inability to target specific cell types in the brain, but, more importantly, “it’s important to understand not just germ line mutations but what makes them vulnerable to mutations,” Brad Margus, CEO of Cerevance said.

By sorting nuclei from various types of cells taken from post-mortem human tissue from brain banks, Cerevance gains a broader perspective than is possible by single cell analysis.

“We’ feel we’re getting to the real problem, seeing changes in genes (that wouldn’t be evident with single cell analysis.) This may help identify novel target beyond amyloid and tau,” he said.

Esya Labs, a seed-stage company, is focused on Alzheimer’s disease and lysosomal disorders with the goal of developing tools to match patients to therapies.

“We have three different approaches: one identifies which lysosomal storage drugs work on patients, the second identifies patterns in the manifestation of those diseases, and the third will make a diagnostic,” Dhivya Venkat, CEO and co-founder, told listeners.

Her company has identified signatures for Alzheimer’s and how it manifests across the lysosome, suggesting there may be many sub-type of the disease. Therefore, “since 60% of the factors that determine whether individuals respond to a drug is genetic, we need to identify which patients respond best to particular targets, and to develop ways to validate those targets early on.”

Ideally, patients would be diagnosed very early in the onset of the disease, before symptoms appear. Eysa Labs has found traces of neurodegenerative disease in the circulating cells that may help with that. “By looking at the signatures of the macrophages, you can profile the endosome, golgi and lysosome and have an indication of what’s happening in the brain.” If functional structures are degrading, protein builds up, Venkat explained.

“Cell types react differently to aging,” Margus added. Cerevance researchers have studied brain tissues from donors aged 8 to 97 and overlaid some of those changes onto disease models. “At a high level, the brain of a typical Parkinson’s patient at age 60 has the signature of healthy person of 70 or 75.”

Applying that to preclinical research may be challenging. “It’s hard to find aged mice,” Jeffords quipped. Instead, much of the preclinical work is performed on African green monkeys.

Virscio, a preclinical contract research organization specializing in non-human primates, has a facility for such research in the Caribbean. It focuses on de-risking drugs. From that facility, Matthew Lawrence, CEO and SCO of Virscio, said his organization is “looking at the inducible form of Alzheimer’s in young and old animals to enable the design of screening studies that will align as closely as possible to humans.” Gender differences play a role, too, he added.

“Many neurodegenerative disorders, aside from Parkinson’s, are women’s diseases,” Jeffords pointed out. “Going forward, two-thirds or more of the Alzheimer’s cohort will be women, but clinical studies today don’t take that into account. Only 20 – 25% of all clinical studies for all diseases include women.”

Those figures hold true for in vitro cell studies, too.

The rationale, Lawrence explained, was that “we historically enrolled men or women based on the stereotaxic coordinates for which we had the biometry already determined for that given sex,” as well as concerns about hormonal cycles affecting the data. “Over the past decade, science has appreciated that the hormonal variable has meaningful biological ramifications for the interpretation of translational utility of that data.” As industry demands gender balance, it will be further emphasized.

The results of including female cells in preclinical work and females as clinical trial participants could have a significant effect on outcomes. Jeffords cited one study in which, she said, “The 17% of trials that segregated results by gender saw a difference between the sexes in the response to the agents they were testing. It’s worth a look.”

As neurodegenerative research advances, the panelists expect it to adopt many of the lessons learned from the COVID-19 pandemic. The most notable may be the widespread realization of the importance of preventing diseases and of diagnosing diseases earlier so they can be better managed.

That suggests the need for the continued advance of personalized medicine. That, in turn, requires a deeper understanding of individual diseases, their mechanisms of action, and the role of genetics in their onset. The biomarkers being hinted at today will likely play a huge role in addressing neurodegenerative diseases and therapies in the relatively near future.

Japan’s PeptiDream to work with Merck in developing COVID-19 therapie...
Scroll to top