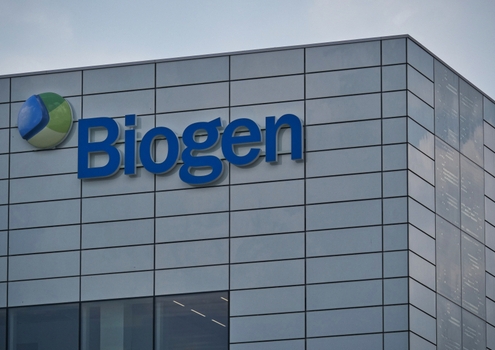 A Biogen corporate meeting held in Boston in March that was initially connected to about 100 cases of COVID-19 could have led to a significantly higher number of infections. A new study suggests the meeting could have contributed to about 20,000 cases across four Massachusetts counties.

A new, 64-page study that has not been peer-reviewed, extrapolates the number of infections that stemmed from the company’s corporate meeting held at the Marriott Long Wharf hotel in February, the early days of the pandemic in the United States. According to The Boston Globe, researchers studied the genetic makeup of confirmed COVID-19 cases from 772 patients in Essex, Middlesex, Norfolk, and Suffolk counties in the Bay State and concluded the meeting was a super-spreader event that infected “tens of thousands.” Jacob Lemieux, an infectious disease physician at Massachusetts General Hospital and one of the researchers involved in the study told the Globe he is confident in the method used to reason out the high number of infections associated with the meeting.

The research team analyzed the genetic sequence of the 772 patients and identified more than 80 distinct SARS-CoV-2 genomes that plagued the Boston area through the month of May. The origin of most of the genomes in those patients could be identified as having come from Europe or other parts of the United States. But, as the Globe reports, one virus had a unique genetic signature found in 289 of those patients. That particular signature was traceable to the Biogen meeting in February, the researchers said.

“By multiplying the proportion of conference-related viral genomes in each of the four counties by the total number of coronavirus infections in Essex, Middlesex, Norfolk and Suffolk, the scientists estimate that 20,000 infections could be linked to the Marriott event,” the Globe reported.

Biogen is not actually mentioned by name in the research paper. The paper simply notes an “international business conference held in Boston from February 26-27,” the Globe said. Biogen did not dispute the report but did tell the Globe that the conference was held in the early days of the viral outbreak in the United States when little was known about the virus that would go on to infect more than 23 million people across the globe, including 5.7 million people in the United States. 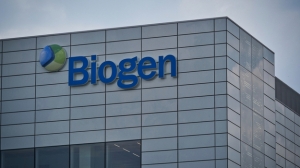 The study that extrapolated the impact of the Biogen conference was a collaboration of researchers from several institutions, including the Broad, Mass General, and the Massachusetts Department of Public Health. It was initially reported that about 99 people who attended the conference were infected with COVID-19, however officials stopped counting Biogen-related infections in late March, the Globe reported.

The Biogen conference drew employees from across the United States and Europe. Social distancing and the wearing of masks were not recommended at the time as the novel coronavirus was still in the early stages of its rapid spread beyond China and parts of Europe.

“Because it happened early in the epidemic, it had the chance to spread widely before extensive capacity, shut-downs, social distancing and masking were in place,” the researchers told the Globe in an email.

While the researchers told the Globe they are confident in their premise of the conference being a super-spreader event, they do note there could have been other events that spread the virus before the Biogen meeting at the Marriott.