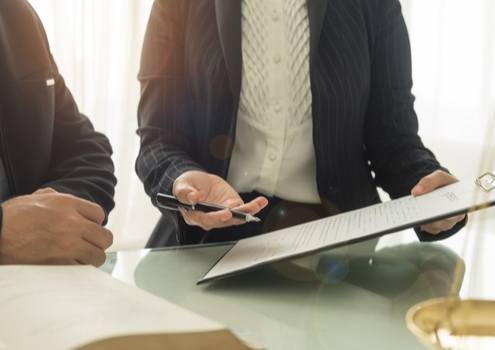 A New York life sciences company has called a patent infringement lawsuit filed by Biogen a “misunderstanding.” Biogen filed a lawsuit against the company over alleged patent infringements related to its experimental Alzheimer’s disease treatment, aducanumab.

The lawsuit was filed last month as Biogen is close to filing for regulatory approval of the drug. Biogen alleges that New York-based Creative Biolabs is selling unauthorized versions of aducanumab, a drug that has not yet been approved by the U.S. Food and Drug Administration. In October 2019, Biogen said it intends to file for regulatory approval in early 2020. With a lack of treatment options for Alzheimer’s patients, the drug could be worth billions of dollars for the Cambridge, Mass.-based company.

Aducanumab, a human recombinant monoclonal antibody, targets amyloid plaque and amyloid beta oligomers. Aducanumab was at one time thought to be dead in the water, but last fall following an analysis of a larger dataset, the company said the study showed that aducanumab reduced clinical decline in patients with early Alzheimer’s disease as measured by the pre-specified primary and secondary endpoints.

But, before the company has even filed for regulatory approval, Biogen said Creative Biolabs, which describes itself as an antibody discovery company, is “brazenly” making unauthorized copies of the medication and selling it online. The lawsuit says Creative Biolabs is selling products labeled as “high-quality aducanumab,” the Boston Business Journal reported.

But Wanqiu Hu, vice president of business development for Creative Biolabs, said Biogen is making a mistake and has a “misunderstanding” about the company, the Journal reported.  Hu told the Journal that the company “markets the products” to researchers and scientists who are conducting their own studies on Alzheimer’s disease. Hu did not answer any follow-up questions the Journal had regarding the lawsuit or the sale of products that could potentially infringe on Biogen’s patents. The Journal added that it is “unclear how long the products have been for sale and how many researchers have used them.”

In its lawsuit, Biogen said Creative Biolabs has infringed on the company’s intellectual property rights by “unlawfully selling purported copies of an innovative therapeutic antibody for treatment of Alzheimer’s disease developed by Biogen at a cost of hundreds of millions of dollars.” Biogen has also raised concern about the lack of understanding regarding the safety of the products that Creative BioLabs is selling.

“(The) defendant does not disclose information regarding the purity of its aducanumab products or its manufacturing processes…. Sale of Defendant’s purported aducanumab, on information and belief, would pose a likely public health hazard if it were confused with the aducanumab Biogen manufactures for its clinical trials,” Biogen said in its lawsuit, according to the Journal.

Biogen is seeking unspecified financial damages and is asking the court to halt Creative Biolabs’ sale of its aducanumab products.