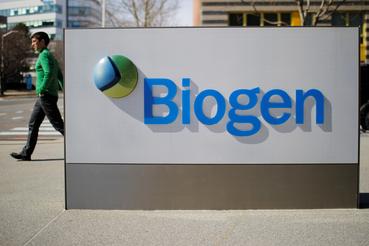 Biogen reported its Q3 2020 financial results today, highlighting that its total revenues had reached $3.3 million. However, this was a 6% decrease from the third quarter of 2019, and the company stated that it would be halting work on opicinumab, its experimental multiple sclerosis (MS) drug.

Biogen originally announced the initiation of its Phase II clinical trial, AFFINITY, designed to evaluate opicinumab back in 2017. The drug was being examined as an investigational add-on therapy for patients with relapsing MS.

“As part of our long-standing commitment to the MS community, Biogen remains dedicated to advancing the treatment of MS and continues to pursue next-generation research to understand the therapeutic potential of repairing damage caused by the disease,” said Michael Ehlers, executive vice president, Research & Development at Biogen, at the time of the study’s initiation.

However, further analysis and testing suggested that receiving opicinumab did not lead to a reduction in disability. This data was published in The Lancent Neurology back in 2019.

Upon disclosing its financial results for the third quarter of 2020, Biogen suggested that it was looking forward to its new collaboration with Denali Therapeutics, which focuses on Parkinson’s disease.

“We have continued to allocate capital to create the opportunity for long-term shareholder value, including business development with our new collaboration in Parkinson’s disease,” said Michel Vounatsos, Biogen’s chief executive officer.

Mutations in LLRK2, or leucine-rich repeat kinase 2, are thought to cause Parkinson’s disease. Researchers are now looking into whether Denali’s small molecule inhibitor of LRRK2, DNL151, can potentially help patients by slowing disease progression. It has been selected to progress into late-stage studies, set to commence in 2021.

“Safety and biomarker data from studies of our two LRRK2 molecules in Parkinson’s patients support moving DNL151 into late stage clinical studies with the aim of addressing the devastating clinical decline and pathology of disease in Parkinson’s patients,” said Carole Ho, M.D., Chief Medical Officer. “Our collaboration partner Biogen is a respected leader in neurodegenerative diseases and brings deep scientific and development expertise in Parkinson’s disease which will allow us to accelerate our development plan and we believe increase the likelihood of ultimate success.”

A total of 162 healthy volunteers have already received DNL151 as a part of an ongoing Phase I clinical study. In addition, 25 Parkinson’s disease patients have also been given DNL151 in a Phase 1b clinical study. Denali is working on completing further dose escalation cohorts in an expanded Phase I study. Both Biogen and Denali are working to finalize clinical development plans for the product.

This is just one of many collaborations that Biogen has entered as of late. On Oct. 6, the company announced that it had also agreed to a research collaboration with Scribe Therapeutics Inc. to develop and commercialize CRISPR-based therapies, with a focus on Amyotrophic Lateral Sclerosis (ALS).

“Scribe has designed, engineered and tested thousands of evolved CRISPR enzymes to build an advanced platform for creating breakthrough in vivo treatments,” said Benjamin Oakes, CEO and co-founder of Scribe Therapeutics, at the time of the announcement. “We’re proud to collaborate with Biogen and apply our uniquely customized approaches with the goal of developing new, safe and effective genetic medicines for neurodegenerative disease.”